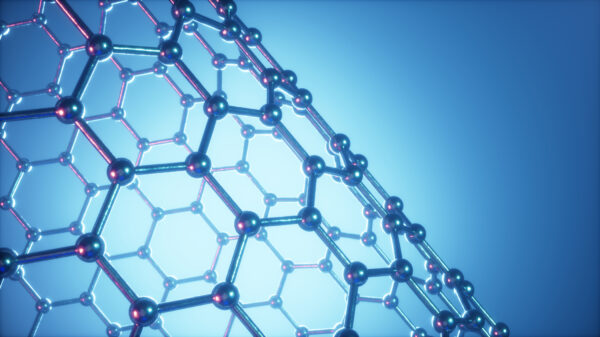 Researchers from the University of Wisconsin-Madison have engineered a nanoparticle that is able to cure sepsis in mice. (Rost9/Shutterstock)
Health News

The use of engineered nicotinamide adenine dinucleotide [NAD(H)], a molecule common to many animals, resulted in 100 percent sepsis survival in mice, creating a potential future treatment, a University of Wisconsin-Madison study has found.

Researchers from the study say the NAD(H) nanoparticles also have the potential to treat many other diseases because NAD(H) is involved with so many biological pathways.

The study found that a nanoparticle NAD(H) engineered with a fatty coat and molecular frameworks for stability, is able to treat sepsis by reducing leakage of fluid from blood vessels while also entering stressed cells directly to reduce inflammation.

Sepsis is a life-threatening condition that occurs due to an over-reaction from the immune system when bacteria enter the bloodstream.

The overreaction triggers strong immune responses, particularly inflammation all across the body, leading to fever, leaky blood vessels and swollen limbs, pain, and death of cells and tissues.

This aggressive inflammation response across many tissues and organs will create more damage than the bacteria leading to organ failure and death with the condition affecting 1.5 million people in the United States every year with at least 270,000 of them dying  (pdf) as a result.

NAD(H) is able to treat sepsis by controlling and inhibiting the propagation of inflammation, the research indicates. NAD(H) is a critical molecule involved in major biochemical pathways in the human body. It is most well-known for its role as a transporter for electrons in transforming consumed food into energy.

NAD has two forms, NAD and NAD(H), the difference between the two is that NAD(H) has an extra hydrogen ion. In the body, through the carrying and removal of hydrogen ions, NAD(H) acts as a transporter for electrons—which often functions as energy storage—for many metabolic processes.

Natural non-engineered NAD(H) is water-soluble and therefore cannot directly enter the cells, as they are gated by a double layer of lipids that repel water-soluble molecules. Natural NAD(H) is also less long lasting in the body.

The researchers, therefore, gave NAD(H) a lipid coat to make it lipid-soluble so that it can readily enter the cell, with a molecular framework added to give it stability and make it long-lasting.

To test the effects of engineered NAD(H), researchers induced sepsis in mice by injecting bacterial components into their bloodstream.

The mice all died within three days after the injection, with no improvement in survival after injection of natural NAD(H).

However, mice injected with a single dose of engineered NAD(H) within an hour after infection were all able to survive, making a recovery three days after the infection, though weight loss was still observed.

Further, the scientists added proteins in the blood that were dyed blue to measure the effectiveness of engineered NAD(H) at preventing leaking of blood vessels, and they found NAD(H) nanoparticles were able to maintain the blood vessels at the baseline for output.

By being able to maintain immune homeostasis [physiological balance] in cells by replenishing energy stores and maintaining blood vessel function; the researchers confirmed that the nanoparticle is able to control sepsis progression, improving survivability in mice models, with hopes that it will translate into treatment for humans.

“This study may pave the road for the development of a highly innovative and translational approach for sepsis,” wrote the authors.

“In addition to sepsis, the NAD(H)-loaded nanoparticles as effective immunomodulators could potentially be applied in other inflammation-related scenarios, such as COVID-19 treatment or organ grafting [both of which cause inflammation].”

The study was published in Nature Nanotechnology, a peer-reviewed science journal, on June 6.