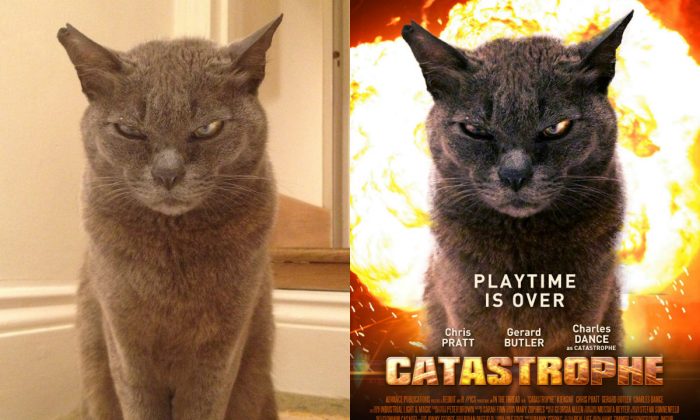 (Courtesy of Your Post As A Movie)
HK Life

A mysterious netizen has made a name for himself on the content sharing network Reddit by taking hundreds of user-submitted images and turning them into smashing fictional movie posters.

About the only thing we know about the mysterious artist so far is that it’s a “he,” because he referred to himself as such.

So how does it all work?

You post a picture to Reddit and hope other Redditors will “upvote” it high enough so “Mr. Mysterious” can actually stumble upon it. If he does, there’s a chance an inconspicuous comment will appear under your post featuring a title of a fictional movie and a link to your photo reworked into a movie poster.

It seems for some Redditors it’s a bit like winning a lottery. Check out some of their responses:


“Putting that poster in her room,” commented Reddit user dopplerizer, who posted the original picture featured above.


“Thank you, my folks love this. My mom in particular is flattered that she bears a resemblance to Diane Lane from behind,” wrote Redditer skycoaster.


“This is awesome, you’ve honestly made my night! Thank you!” commented the original poster of the image kidgalaxy.

The whole undertaking started about two years ago and since then the artist has gathered some media attention. That, however, led to some of the concept getting misconstrued, he told me in an email interview.

“I have indeed had a lot of new people sending me private messages asking me to design a poster around anything ranging from their dog, back garden, flowers, boyfriend, girlfriend, living room and everything between,” he said. “However, the clue is in my name! ‘Your POST as a movie’. It has to be a submission to the site where everyone can see your post. How else would your budding moviegoers see your movie if they can’t see your poster!”

So, apart from submitting upvote-worthy photos, how can you raise your chances of getting yourself a poster? Let’s look into the artist’s cookbook.

“Does this movie need a galactic background for a scifi flick? Is the person doing something funny enough to make it into a comedy? Is the scene atmospheric enough to turn into a thriller?” he explained.


Then he would pick a cast: “Matt Damon is great with scifi. Zach Galifinakis is comedy. Morgan Freeman might narrate a documentary.”


He puts the poster together in 15-60 minutes. “Sometimes when I’ve finished working on a poster and added it to the comments, I will go back and take another look, tweaking the colour, positioning, size. I want to make sure that it looks as real as possible,” he said.

So far he’s done almost 600 posters and plans to continue as long as Reddit responds positively.


As for his anonymity, he says there’s no dramatic reason behind it.

I am not Batman. I have no mysterious life, nor am I hiding a great secret.
— Mr. Mysterious

“Unfortunately, I am not Batman. I have no mysterious life, nor am I hiding a great secret,” he said. “I never deliberately set out to be anonymous. However, I, like other Redditors appreciate when someone uses their powers for good without asking for anything in return.”

That’s right. The artist intends to keep producing posters free of charge, “the exception being if Spielberg would like to buy the rights to make a movie about me,” he said. He would make the movie’s poster, of course.

“The upvotes, fantastic comments and private messages just to say thank you are appreciated every single time,” he said. “I may stay silent, but I read every single thing that you post.”