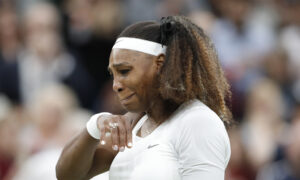 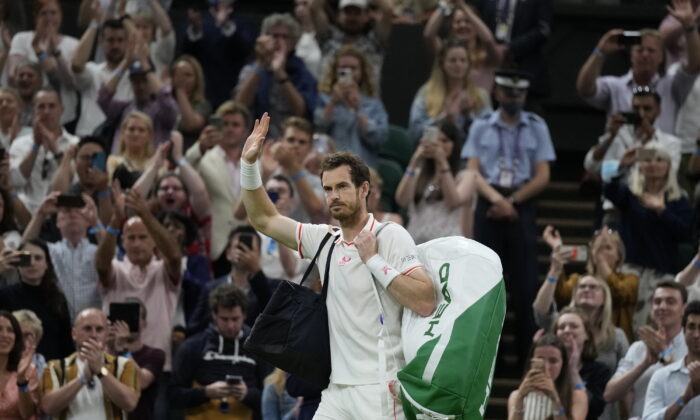 Britain's Andy Murray leaves Centre Court after being defeated by Canada's Denis Shapovalov in the men's singles third round match on day five of the Wimbledon Tennis Championships in London, on July 2, 2021. (Kirsty Wigglesworth/AP Photo)
Tennis

Andy Murray says there were “some great moments” for him during this appearance at Wimbledon but the way he played is also “extremely frustrating.”

The two-time Wimbledon champion says he considers it a positive that he managed to play three Grand Slam matches without getting injured. He hadn’t played singles at the All England Club in four years after having a pair of hip operations.

After his straight-set loss to No. 10 seed Denis Shapovalov at Centre Court on Friday night, the 34-year-old Murray said: “If I’m going to put that much effort in, I want to be performing better than what I did here.”

The Scotsman, mounting his latest comeback after two hip operations, delighted Centre Court fans with two grueling wins this week. But they had little to cheer about in Murray’s match against Shapovalov, who had a 45–16 edge in winners and erased eight of the nine break points he faced.

Shapovalov is into the round of 16 at a Grand Slam for the third time—but first at the All England Club.