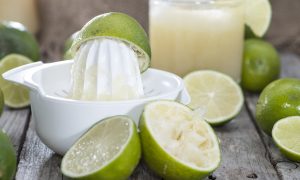 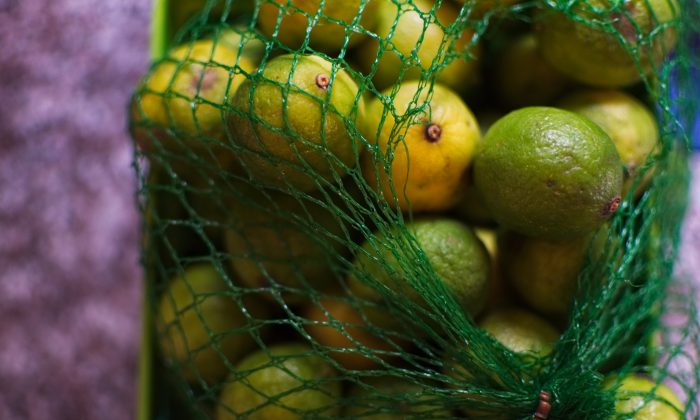 The mother of a 3-year-old said she was left “traumatized” when horrific burns appeared on her daughter’s skin in a condition known as “margarita burn.”

Sabrina Miller wrote in a post on Facebook that after an early June weekend of camping, swimming, “being in the sun” and “eating limes at the lake,” her daughter “woke up with what appeared to be a severe sunburn in weird shapes on her face.”

Miller said she took her daughter to a dermatologist, who also thought the strange shapes were just a bad sunburn and sent the girl home with a lightweight lotion to soothe the burns.

But the next morning Miller was horrified to find that her daughter’s face broke out in blisters reminiscent of 2nd-degree burns.

“She’s like, ‘Why is this happening to me?'” Miller said, according to Inside Edition.

The terrified mother rushed to the dermatologist.

“I was just kind of traumatized, I was like, crying my eyes out, [wondering], ‘What is going on with her?'” Miller told Inside Edition.

The doctor asked if her daughter had contact with any citrus fruits while in the sun.

“We’re like yeah, she loves limes,” Miller said. “He informed us it’s Phytophotodermatitis or margarita burn.”

According to Joshua Zeichner, MD, director of cosmetic and clinical research at Mount Sinai Hospital in New York City, citrus fruits contain compounds called furocoumarins, which can cause a “severe chemical reaction in the presence of sunlight.”

Dermatologist Dr. Doris Day told Inside Edition that limes contain something called a “photosensitizer,” which “makes your skin way more sensitive to the sun.”

Zeichner told Prevention, a health and wellness website, that phytophotodermatitis causes irregularly-shaped blisters that develop a few hours after exposure to the sun.

“It only develops in areas where the chemical touches the skin, explaining odd shapes like streaks or dots where lime juice may have dripped down the skin or splashed, “Zeichner told Prevention. “The initial rash is fiery red and it often heels with a dark brown black.”

There is no way to counteract margarita burn once it has set in.

“Once it’s activated, it takes 24 hours to deactivate on the skin and so washing your hands or washing your body at that point doesn’t make that much difference,” Day said.

Miller said the dermatologist treated her daughter’s margarita burn by popping the blisters and applying a dressing.

“So then he released the pressure of the burns, drained them, and dressed them with steroid ointment,” she wrote.

It takes from one to two weeks for the initial symptoms to fade, though crusty patches of redness may persist for a while on the skin of those affected.

The good news is that margarita burn is unlikely to cause permanent scarring, provided people dealing with the condition don’t pick or peel the skin.

“It only rarely causes any permanent changes to the skin,” Zeichner said.

A similar case of margarita burn reported by The Sun afflicted a woman in Florida who had squeezed “hundreds of limes” to make margaritas for a family event, only to find the next day that her hands felt like they were “on fire.”

Wearing gloves when squeezing limes or processing parsley—another food that contains ingredients that can cause margarita burn—is one way to keep the painful condition at bay. Washing skin that has come into contact with lime juice before heading out into the sun is another.

“If you come in contact with a plant or food known to cause phytophotodermatitis, make sure to protect the skin with clothing or gloves and wash the skin thoroughly before going into the sun,” Zeichner recommends, according to Prevention.