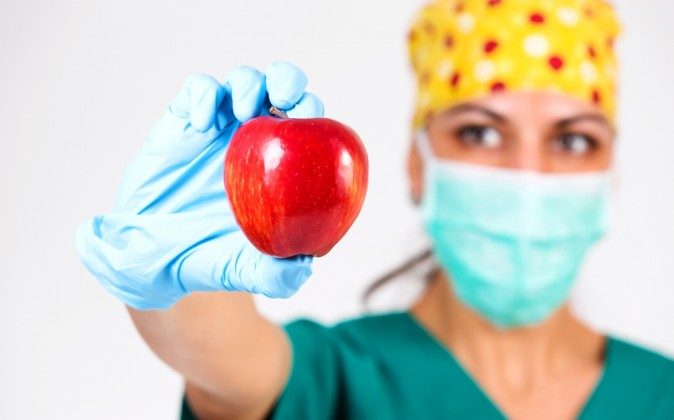 As Natural News readers are aware, in the past, alternative medicine and natural cures received precious little attention and respect in the traditional medical community. But times are a-changing; more and more physicians are choosing to treat their patients nutritionally, sometimes in conjunction with, but increasingly in replacement of, pharmaceuticals.

As reported by the Daily Record, Dr. Ronald Weiss recently moved his 25-year medical practice from western New York state to found Ethos Farm Wellness Center in Long Valley, New Jersey. He invested his entire life savings in a 20-year vision: the construction of an integrated holistic complex that includes his home, medical practice, an organic community-supported agriculture (CSA) enterprise and a wellness center that is very well-equipped. On his property is a stone barn dating from the early 1700s; he says that will become his wellness center.

Restoration is in the hands of Doc Miller who lived across the street and tended the heifers it once housed, and Miller’s son Ezra. With studio space and an open commercial kitchen, it will be the setting for a variety of classes and programs in cooking, fitness and overall health.

‘My Dad Said ‘No Thanks’ and Went Home to Die’

Weiss, who grew up in nearby Fair Lawn, discovered the farm 25 years prior when he was conducting research for medical school. It took about two years and $2.5 million to buy the 363 acres that makes up half of the Historic Scott Farm, the largest in Morris County’s Preservation Program. Along with his wife, Deborah, and two children, he plans to reside in the 1836 home.

From the 1950s through the 1970s, the property had been home to a number of farm enterprises that grew a variety of crops; there were Harvestore silos, a free-stall dairy and milking parlor, and a riding facility. Weiss says plants fascinated and captivated him at a young age, and he says that his revelation came to him just one year out of medical training, when his attorney father was taken ill with pancreatic cancer that metasticized to other organs.

“The director at Sloan-Kettering told him that without therapy, he had one month, even with chemo. My dad said ‘no thanks’ and went home to die,” Weiss told the paper.

His father’s sickness caused him to research and introduce a macrobiotic diet; he flourished, enough to regain vitality, decrease his pain and go back to work full-time.

“He enjoyed life, and we had him for 18 more months,” Weiss says. “That was when I discovered how effective a plant-based diet could be.”

His philosophy comes from Hippocrates: “Let food be thy medicine and medicine thy food.” What’s more, he believes that he can help a new age of local, sustainable health become mainstream.

“Plant-based whole foods are the most powerful disease-modifying tools available to the medical practitioner. This can revolutionize everything,” he told the Daily Record. “It’s a natural way for farmers and doctors to join their efforts and remodel the way we take care of ourselves. The more we can demonstrate that true health lies in what we eat, priorities will force a change in the way health care is provided and paid for. That’s a radical change.”

‘This is Far More Effective Than Drug-Based Medicine’

Weiss says he plans to see patients in an old wooden house on the farmland that was built during the World War II era but which has now been completely refurbished.

The area where vegetables will be grown is a 2.5-acre plot of land on a 15-acre field that has been farmed organically for the past two growing seasons. A 30-by-100-foot hoop greenhouse is capable of extending the growing season by several weeks, he says.

“The CSA is a great starting model to inspire change,” Weiss observed. “If you’re sick — or don’t want to become sick — this is far more effective than drug-based medicine. Here we can help you change your diet, show you ways to increase physical activity. I know we can dramatically improve our community’s health.”

*Image of “surgeon” via Shutterstock