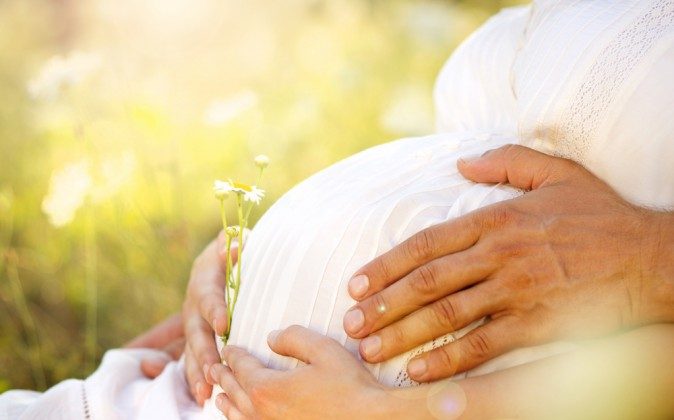 This article was originally published on www.environmentalhealthnews.org

Pregnant women exposed to lead had newborns who scored slightly lower on tests measuring reflexes and other skills tied to brain development, according to a new study from China.

“These findings support the idea that the time to intervene to protect kids from the toxic effects of lead may be before pregnancy,” said Dr. Bruce Lanphear, a Simon Fraser University epidemiologist who is a leading expert on health effects of lead. He was not involved in the new study.Scientists already have documented that low levels of lead can reduce children’s IQs and cause other neurological effects. But the new study is one of few to find that babies in the womb also could be affected, especially if exposed during the first trimester.

The women studied in the Chinese city of Shenzhen had average lead levels higher than U.S. women. In the United States, a common source of the exposure is old lead-based paint scraped off during house renovations, while in China many women are exposed through contaminated food.

Researchers from Sun Yat-Sen University measured how much lead 332 woman had in her blood each trimester then tested their babies when they were three days old. The tests of their reflexes and response to stimuli are considered early measurements of their brain function.

It’s unknown what lasting effects, if any, prenatal lead exposure may have on a child. Tests on newborns may not predict later intelligence or behavior.Infants whose mothers had the highest blood lead levels in the first trimester had an average score half a point lower than infants whose mothers had the lowest lead levels. The maximum possible score on the tests was 40. Infants in the low lead group had 39.3 on average, compared with 38.8 for the high lead group. Infants with a score exceeding 37 are considered well-developed, so even the highest exposed group’s average scores were considered normal, the authors noted.

The women with the highest levels had 6.49 micrograms of lead per deciliter of blood, while the lowest group had 1.22, which is about the average for U.S. women.

Under U.S. guidelines, 5 micrograms per deciliter is considered excessive for children, although some research suggests that there is no safe level. About half a million U.S. children have lead levels exceeding that guideline.

The researchers saw a link between the mother’s lead level and the child’s score at each trimester, although the association appeared strongest in the first trimester.

“These findings support the idea that the time to intervene to protect kids from the toxic effects of lead may be before pregnancy.” –Dr. Bruce Lanphear, Simon Fraser University  Previous studies on prenatal exposure have reported mixed results. While some have linked lead exposure and neurodevelopment, others have not.

A fetus can absorb lead from the mother’s blood. In adults, most lead gets stored in the bones. But during pregnancy, mothers lose some of their bone mass when their calcium is used to build the fetal skeleton so the lead is released into the blood.

Women in the study who drank milk or took supplements of calcium, iron or zinc during pregnancy were less likely to have high blood lead levels.

“Supplements of these nutrients can reduce the absorption of lead in the intestinal tract,” and help keep the mother’s bones from breaking down and leaching lead, the researchers wrote in the journal Neurotoxicology.

“Paying attention to pre-pregnancy interventions may become essential, because our study shows that screening and intervention after the first trimester may be too late to prevent fetal neurotoxic effects,” they wrote.

*Image of “pregnant belly” via Shutterstock