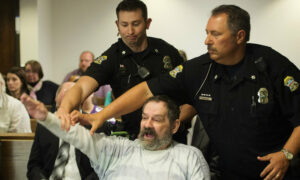 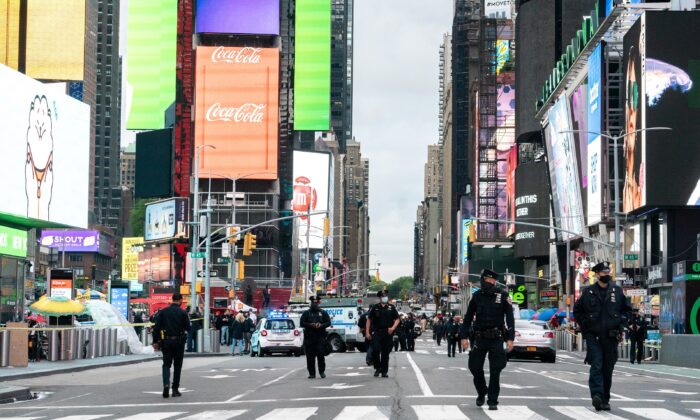 Three People, Including a 4-Year-Old Girl, Shot in Times Square

WASHINGTON—Three people including a four-year-old girl were shot in New York City’s Times Square after gunfire broke out in a dispute that they were apparently not involved in, the city’s top police official said Saturday.

Police Commissioner Dermot Shea said a family from Brooklyn had brought the child to Times Square to buy toys. Shea told reporters gathered at Times Square that she and the two other victims—a 23-year-old female tourist from Rhode Island and a 43-year-old woman from New Jersey—did not appear related to one another or to the shooting itself.

“It appears that all three are innocent bystanders,” Shea said.

Shea said police had “one person of interest” that they were seeking information from but no indication yet as to the context of the dispute, which he said broke out between “two to four people” just before 5 p.m.

Shea did not provide details on the conditions of the victims but said that the 4-year-old and 23-year-old were shot in the leg; he said the 43-year-old was shot in the foot.