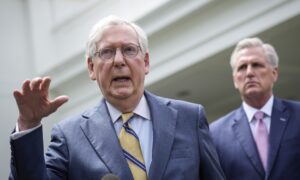 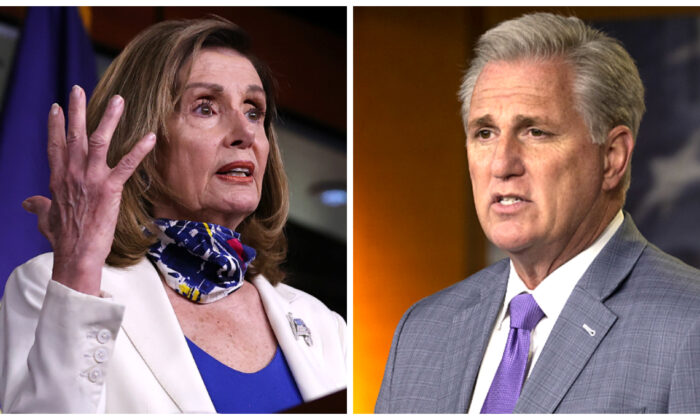 House Republican Leader Kevin McCarthy (R-Calif.) on Tuesday said he opposes a bipartisan agreement that was announced last week to create an independent commission with subpoena power to investigate the Jan. 6 Capitol breach.

The GOP leader said that House Speaker Nancy Pelosi (D-Calif.) is not negotiating in good faith and is trying to politicize the commission.

Meanwhile, the proposed commission—which would see a vote in the House this week—should investigate other politically motivated violent acts in recent years, he said. McCarthy and other Republicans have argued that the Black Lives Matter riots and Antifa incidents over the past year throughout U.S. cities warrant just as much, if not more, consideration than the Jan. 6 Capitol breach, which lasted several hours.

“Given the political misdirections that have marred this process, given the now duplicative and potentially counterproductive nature of this effort, and given the Speaker’s shortsighted scope that does not examine interrelated forms of political violence in America, I cannot support this legislation,” McCarthy said in a statement.

The 9/11-style commission was announced last week by the Republican and Democrat lawmakers on the House Homeland Security Committee. The commission was proposed days after the Jan. 6 incident but has been delayed for months, while Pelosi told reporters during several previous news conferences that she wanted it to go forward.

McCarthy added that “while the Speaker has wasted time playing political games, numerous Congressional and intergovernmental agency efforts have picked up the slack,” referring to bipartisan investigations by the Senate Homeland and Senate Rules committees as well as the sweeping Justice Department investigation following the breach.

And, he noted, “the renewed focus by Democrats to now stand up an additional commission ignores the political violence that has struck American cities, a Republican Congressional baseball practice, and, most recently, the deadly attack on Capitol Police on April 2, 2021,” according to his statement.

The commission legislation is likely to pass in the House but it could face significant hurdles in the Senate, which requires 60 votes.

Pelosi on Tuesday, in response to McCarthy’s statement, told reporters that it is “disappointing but not surprising that the cowardice on the part of some on the Republican side not to want to find the truth.”

The proposed legislation for the commission, meanwhile, has prompted concerns about how much power it might wield—as it has the power to issue subpoenas to carry out its mission. The 10-person commission will be evenly split between Republicans and Democrats, according to the House Homeland Security Committee.

Ten House Republicans voted with Democrats to impeach former President Donald Trump, accusing him of inciting the Jan. 6 breach. Trump has denied the allegations, and the former president noted that he had told protesters during his Jan. 6. speech to be peaceful.