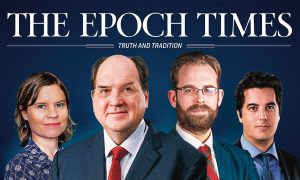 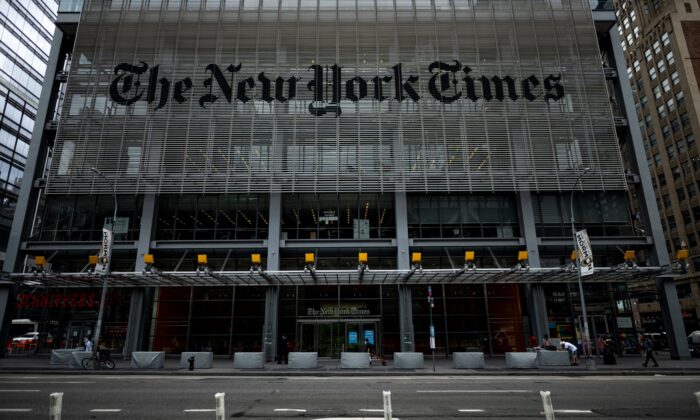 To the Editors of The New York Times:

On July 7 the New York Times published two articles on the front page of its Chinese-language website attacking The Epoch Times.

“Some Falun Gong members have become notable players in American politics. The Epoch Times, a newspaper started by Falun Gong practitioners, has spent millions of dollars on pro-Trump ads, including conspiratorial ones, on Facebook and YouTube—and was even banned by Facebook last year from buying more ads because it had tried to evade advertising rules.”

This repeats mistakes made by NBC. The ads in question are not “Pro-Trump” ads, they are in fact subscription ads. The ads are not conspiratorial. Some of them do mention our reporting on the Spygate controversy, which gave a factual account of the attempt to use U.S. government surveillance to damage the Trump campaign and administration. NBC and the New York Times published falsely that the Trump administration had conspired to collude with Russia, and now this article pastes the label of  “conspiratorial” on an outlet whose reporting got the story right. Shame on you.

Regarding NBC’s Facebook allegations we refer you to two previous statements: “Epoch Times Statement in Response to NBC Facebook Stories” and “Why NBC, MSNBC’s Reporting on The Epoch Times Is Textbook Fake News.”

The New York Times is so preoccupied with working against Trump that you can’t tolerate any rational reporting on him, which you tend to mischaracterize as political and pro-Trump. When your standards of journalism are so distorted, your measurement of others is distorted.

The Chinese Communist Party has sought to stamp out The Epoch Times from the time we started, and with your biased attacks on us, you are helping the CCP’s efforts to shut us down.

The New York Times is paid by the CCP to carry China Daily, which is communist propaganda. Have you spent as much time looking into China Daily’s background and agenda as you have spent on our paper? We are informing the public of the danger posed by the CCP, which readers will gratefully reward us for. By taking the part of the CCP, the New York Times will, over time, lose readers’ trust.

The other article attacking The Epoch Times was first published in English on Feb. 5, “Epoch Times, Punished by Facebook, Gets a New Megaphone on YouTube.” It was translated into Chinese and published on The New York Times Chinese site on July 7.

We would like to inform you of how most Chinese readers are reacting to this article. You can check out your Facebook comments and YouTubers commenting on your article.

We will translate some readers’ comments here.

“For the purpose of going against Trump, the NYT is helping the Chinese Communist party to attack the long-time persecuted Falun Gong. So shameless.”

“Does New York Times feel threatened by the Epoch Times?”

One YouTuber spoke on his channel about your article. I will translate some of his comments to make it easier for you to understand:

“What’s wrong with The Epoch Times doing advertising? Don’t they have the right to advertise?”

“The Epoch Times has a background of Falun Gong. Falun Gong is a legal organization. It has exposed the crimes of communism and has won people’s respect.”

“New York Times also has a background. One background is the CCP. Read the NYT Chinese site—it is so much like People’s Daily.”

“Take the example of Hong Kong reporting. The Epoch Times is one of only two newspapers opposing the CCP. The NYT conscientiously avoids the issue, and it’s despised by Hong Kongers.”

“Some people analyse that this new attack may have a CCP background. It might also be out of fear of its own declining influence, out of anxiety, since The Epoch Times has gained more and more readers and become more and more influential.”

We hope you can take a hint from these candid comments from your Chinese readers.

We suggest you compete with The Epoch Times like real gentlemen, and not attack us with lies, in the manner of the CCP.