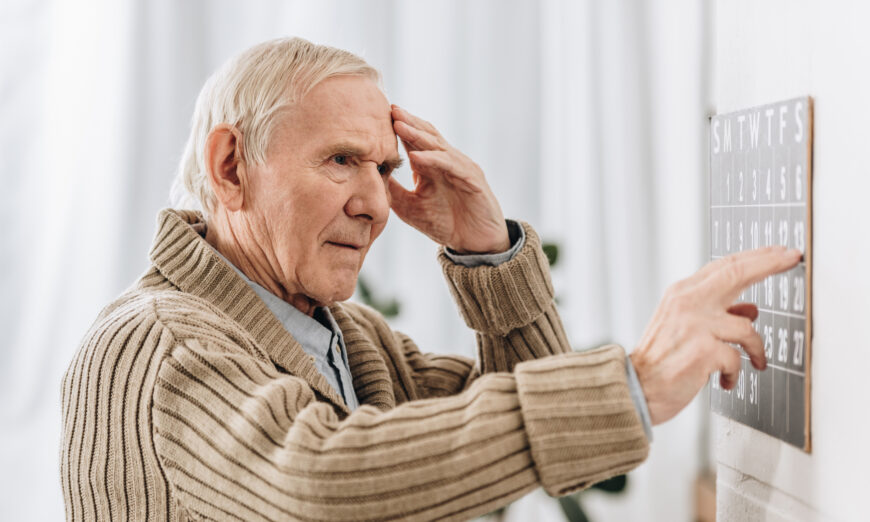 In normal aging our brains slow down and are not as agile, in much the same way that our bodies slow down.(LightField Studios/Shutterstock)

Somewhere between misplacing your keys, missing an important appointment, or forgetting an acquaintance’s name and developing a full-blown case of dementia is a condition researchers call mild cognitive impairment (MCI).

MCI is cognitive decline beyond what you would expect to see in a person based on normal aging and other factors. It may be an early signal for the future onset of dementia, or it could be a temporary reaction to an underlying disease or even be stress related. In the latter cases, MCI would most likely either reverse itself or remain stable.

Whether the MCI is temporary, stable, or progressive, this form of cognitive decline is a definite change in a person’s daily activities and most typically involves a person’s memory.

“The most common symptoms are when a person or the immediate family and friends feel there is a change in behavior or when a person displays sudden confusion or anxiety over simple daily matters,” Dr. Oded Meiron told The Epoch Times from his laboratory at Herzog Hospital’s Clinical Research Center for Brain Sciences in Jerusalem, Israel, where he’s the head of the electrophysiology and neuro-cognition laboratory.

“Other important signs to look for if someone is concerned about their brain health are memory loss of everyday familiar objects, orientation problems, or accelerated working memory deficits.”

“Our noninvasive treatments are safe, specific, focally applied, and do not include side effects or any type of long-lasting physiological effects,” he said. “It’s safe for treatment in humans in Israel, in Europe, and in the USA [privately]. All our treatment protocols are approved by the Israel Ministry of Health.”

Meiron is currently leading several studies where he’s applying his original noninvasive treatments, without the use of drugs to several clinical populations, such as Alzheimer’s, dementia, and Parkinson’s disease patients.

In his lab, he uses an electroencephalogram (EEG) to monitor brain signals and detect any disorders using one electrode.

“Our current neurocognitive findings suggest that monitoring and quantifying left-prefrontal WM [working memory]-related alpha activity from only one EEG electrode in older adults could facilitate the detection of nonsalient impairments,” Meiron said.

According to the Harvard Medical School’s publication, Understanding Mild Cognitive Impairment, aging is the most common risk factor for MCI.

Its research shows that one out of 10 people older than 50 experience MCI that’s related to dementia, which means that it’s most often transitory.

An aMCI diagnosis is given when the patient’s primary complaint is memory problems, especially forgetting important events that they typically look forward to attending.

With MCI, the person’s memory isn’t affected, but they’ll have difficulty finding the desired language to express themselves, or they’ll have trouble focusing or paying attention during tasks.

“The other key characteristic of MCI is that a person is still able to perform normal daily activities, such as eating, dressing, and bathing, as well as most complex activities, such as driving, cooking, cleaning, and managing finances,” the Harvard researchers wrote.

In normal aging, our brains slow down and aren’t as agile, in much the same way that our bodies slow down, according to the report.

The ability to recall facts quickly or pay attention to multiple activities simultaneously might be more difficult, the report states. It’s also harder to stay focused for long periods of time, the way you could when you were younger.

In addition to age, other significant risk factors for developing either type of MCI are race and ethnicity, hearing loss, walking problems, and genetics, specifically, rare mutations in the APP, PSEN1, and PSEN2 genes.

Having had a stroke or a serious head injury, high blood pressure, diabetes, smoking, obesity, depression, and negative drug reactions are additional risk factors for developing MCI, among others.

There has only been one drug conditionally approved by the Food and Drug Administration (FDA) in the past 18 years for dementia, Alzheimer’s disease, MCI, or Parkinson’s disease. In June 2021, the FDA approved Aduhelm, on the condition that ongoing post-approval trials showed significant disease reversal. The problem is that the drug has struggled to meet that requirement—and it comes with a heavy price tag. It was initially marketed at a price tag of $56,000 per year, but the company halved that to $28,200, which coincided with calls from a group of Alzheimer’s experts to have it pulled off the market.

It’s the first drug accepted by the FDA with phase 3 clinical trial evidence that shows a slowing of cognitive decline and not only relief from symptoms, as previous drugs provided. The process was iffy, however. Biogen, the company that created the drug, had to halt two large clinical trials of the drug in 2019 after finding that it wouldn’t reach efficacy targets.

And according to a New York Times article by Pam Belluck in November 2021, this drug has been associated with fatal effects.

“Concerns about safety risks of the controversial new Alzheimer’s drug Aduhelm have intensified in the wake of the death of a 75-year-old woman who experienced brain swelling after receiving infusions of the drug as a participant in a clinical trial,” Belluck wrote in the article.

The death occurred in September 2021.

The Harvard report also notes that in 2020, an FDA advisory panel recommended that the agency not approve the drug, but the FDA proceeded with conditional approval, requiring that Biogen continue its research and subsequently show further data that the drug has significant benefits.

Doctors from the Harvard report continue to recommend common sense lifestyle habits that include exercise, following a Mediterranean diet, drinking moderate amounts of alcohol, getting adequate sleep, staying mentally stimulated, and surrounding yourself with friends, family, and social contacts.