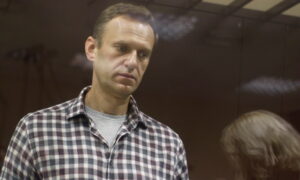 MILAN—The cape is making a comeback in Milan this season—even though Madonna may have something to say about that.

The pop singer took a spectacular fall when her Armani cape suffered a wardrobe malfunction at the Brit Awards this week. The fashion-conscious needn’t worry that a similar fate awaits them, however. Many of the capes showing up on runways during Milan Fashion Week are much less rebellious than the matador number Madonna rocked, many built delicately into the garments.

“Today’s woman is strong, she doesn’t lose her sense of femininity, and maintains her autonomy and her precise identity,”Armani said backstage after the show.

He expressed femininity through volume. Trousers were amply pleated, wide-legged and cropped, resembling a skirt, and flattering to most figures—especially pretty when paired with cropped tops or trim jackets. Shirt cuffs peeked out of jackets, emerging like a folded pair of origami wings.

Ruffles were a recurring theme, assertive and not merely pretty, giving weight and movement to the bottom of a soft sweater jacket and a funky edge to the straps of leather handbags worn cross-body. Big ruffles decorated necklines and sleeves.

Handbags were a strong point of the collection, including small bags worn on a chain strap or appearing to be hooked from a belt.

Donatella Versace has pulled back noticeably on her bling deployment. No silver studs or golden Medusa heads here.

The collection promoted the brand’s identity through the familiar geometric Greek key pattern, which was woven in traffic light colors into tights, stamped into raised patterns on leather, recreated in graphic variety on knitwear, and formed the platform of Versace’s chunky high heels.

Versace’s looks started with a canvas of basic black garments, with streaks of red, yellow, and green, expressing contrast in its most primary and primal form.

A long cutaway coat in double-face cashmere was kept mini in the front to show off shiny red thigh-high boots, vintage Versace, but then evolved quickly into a series of pinstriped outfits, including a pantsuit and a pencil skirt with a zipped slit up the back. Trousers were tight and flared at the knee.

Eventually, black gave way to a saturation of color: a red cape, a yellow swing coat, and a shaggy green fur.

Versace is clearly looking to shake things up at the fashion house she took over 18 years ago after her brother, founder Gianni Versace, was killed. And that is underlined by the remixed brand identity, which included splaying the Versace letters in crystal across a series of sheer tops and mini-dresses, along with a hashtag. Versace is reaching out to a new, social-network-savvy generation.

Selma Hayak Pinault cozied up with Italian socialite Bianca Brandolini for Giambattista Valli’s signature Giamba line, which made its debut last September in Milan. The pair commented and looked on approvingly at the parade of pretty floral looks accented with leather harnesses, black fishnet stockings, and suede boots buckled all the way up the side.

Valli stunned the crowd in Paris where he shows his main line with a dramatic frothy cape that cascaded to the floor. He had a more dainty version on display in Milan: a wispy short sweep built into a black-and-white mini floral dress, which was belted thrice for emphasis.

Valli dedicated the collection to the “Instagram Girls,” who he said inspired the looks. “When you are young, you need to have courage to be who you are to the very end,” he said.

Veronica Etro looked inside for inspiration to the collection for next winter. That’s inside, as in interiors, not the soul.

Etro scanned the archives of the brand’s long-history of home interior design, recreating patterns of ornate wallpaper, rich tapestries, and luxurious upholsteries. She then mixed the patterns up in patchworks for an eclectic, pulled-from-a trunk feel that was underscored by the sometimes retro silhouette of long, belted dresses and 1970s color palate: mustard yellow, browns, orange, and rust, grounded by shades of blue.

Etro said she put real emphasis on the tailoring to keep the looks very disciplined.

“There is something bourgeois also in this collection, very formal but still keeping some fun,” she said backstage.

Model Bianca Balta won applause of approval as she walked down the Dolce&Gabbana runway in an advanced stage of pregnancy swathed in pink against a backdrop of 11 mothers and their children. It was part of the designing duo’s early Mother’s Day present to women, a collection dedicated to mom.

Maternity’s bloom set off a wave of applause among the usually unflappable fashion crowd—which excited one baby on stage to start clapping himself.

The theme-hewing designers are dedicating next winter’s men’s and women’s collections to mothers in an effort, according to the show notes, to allow “fashion to be seen as an extension of where one comes from.”

The menswear collection, presented last month, looked up the generational chart to grandmothers, while this season focused on young mothers—a group that perhaps does not get enough attention in a country with among the lowest birthrates in the Western world. And they sure made motherhood appealing.

Designers Domenico Dolce and Stefano Gabbana kept the shapes simple, with flared skirts, wrap coats, shift dresses, and some hip minis, and incorporated all of the brand’s sensual elements, including lace, sequins, and appliques.

The designers endearingly turned drawings by their nieces and nephews into a colorful fabric for flared skirts, strapless dresses, and scarves, scrawled with a child’s expressions of affection, including, “You are the most beautiful mother in the world.”

The mother-pairings gave a brief window on the designers’ children’s line. A radiant model in a floral skirt and black sweater adorned with a red rose—a recurring motif—held her squirming infant in a Dolce&Gabbana vest and trouser outfit, and a mother and daughter sashayed in matching pink dresses.

Handbags were larger-than-usual carryalls, keeping in mind everything mothers must tote along. And models wore bejeweled headphones, considered by the designers to be a modern crown. The label’s traditional finale was entirely in black, including some pretty negligees, because mothers need some down time, too.

The family-run brand beloved for its zig-zag patterns appears to be reaching out for the younger set with a new marbled pattern, suggestive of veins and hinting of tattoos, that gave the looks an electric pulse, along with edgier styling and funkier footwear.

The T-shirt dresses of the finest knit were snug fitting, often with athletic or asymmetrical necklines, and typically worn over body suits in complementary but contrasting patterns—including black-and-white patterns resembling lightening. Designer Angela Missoni elaborated the looks with metallic yarns for a very urban street look. Colors ran from bright shades of purple, red, and orange to flatter shades of light blue, gray, and pink.

Marni’s woman for next winter is a regal warrior, hailing from a region that stretches from the Nordic lands to the Mongolian plateau.

Creative director Consuelo Castiglioni kept the silhouette long, centering the collection around the coat, which formed the basis also of dresses and tunic tops worn with flared pants and neat skirts. All of the pieces shared a common architecture, long slits, that created an elegant air and allowed Castiglioni to play with the dramatic belting. On some coats, the thick leather belts ran inside the rear of the garment, leaving the back to flow as if a royal train.

Sleeveless creations came with panels of rich fur to keep the core warm.

Bags were worn cross-body—suggesting a nomadic lifestyle—with thick straps identical to the belts. Colors and jewelry came from the natural world: brown, black, and charcoal with dashes of red, powder blue, and pale pink, while earrings were fashioned from stones into swinging orbs or discs that graphically encircled the lobe.

No designer notes were prepared for the Fendi show. Better still, there were sketches by Karl Lagerfeld that underlined the collection as a study in graphic clarity.

That vision included a bird-of-paradise in every bag, animating the must-have accessory as if about to take flight, and reminiscent of the whimsical bag baubles that have become a Fendi tradition.

“He chose the bird-of-paradise because it is so graphic and sharp,” Silvia Venturini Fendi said backstage. “It is also the symbol of nobility.”

The collection was a study in the graphic construction of shapes and textures. The looks were often linear—skirts, dresses, and coats constructed of panels, sometimes in contrasting colors and materials. Furry boots, leg warmers or arm cuffs weren’t mere cozy additions but another graphic element that balanced the look.

The rigidity gave way, eventually, to fun looks like big puffy coats that finished in a gathered ruffle. And there was a little flounce in some femininely puffed-up pea-coats.

The focus of the collection was on the construction of the clothes, Venturini Fendi said.

“It is a great collection, where you really see his genius,” she said of Lagerfeld.

Actress Kate Mara swept into the Max Mara show clutching close her sea-foam green Max Mara overcoat like a blanket. Beneath it, she wore a matching sheath dress.

Her pose, down to the salt-swept hair, echoed down the runway, and the runway in turn echoed iconic beach photographs of Marilyn Monroe taken with the starlet wrapped in a worn Norwegian cardigan and a camel-colored blanket.

The Max Mara girl for next winter is a bombshell, a smart one at that: She walks along the wintery beach, enveloped in a large, luxurious overcoat and her thoughts, clutching both close. We know she is smart from her cat-rimmed glasses.

Underneath the rich outerwear, the silhouette is tight and sexy: sheath dresses out of the softest, wispiest cashmere or shiny quilting. Strapless, a nearly sheer cashmere sweater warms the shoulders.

The color palate was camel and ivory with sun-washed shades of green and blue. Monochromes were broken up by checks, houndstooth, or animal print patterns. The shoe of choice was an easy-to-wear tasseled moccasin.

Sometimes Armani comes up with something so new, refreshing, and inventive that not even he knows what to call it.

So it was with a new trouser silhouette that on top resembled a sweeping skirt in the shape of a pair of tulip petals, then melded seamlessly into a tight-fitting pant-leg. They were paired with pretty swing coats, some decorated crystals, or a sloping high-collar sweater that had the effect of a contemporary casual poncho.

Pants were so much on Armani’s mind that of the more than 80 looks he sent out, fewer than 10 were skirts or dresses.

A velvet evening version working a skirt into the trouser was paired with tops of swirling chiffon or cropped jackets, while pants with a cummerbund waistline highlighted the crystal-dotted bustier. The looks were complemented by shimmery, but not metallic, long-fringe shawls.

For Armani, the black evening pant is the season’s must-have. But when the occasion calls for a dress, there were long printed slip dresses with a diagonal band of black velvet sloping down to the hem and an eye-catching strapless chiffon dresses in red or cotton-candy pink with ruffled detailing at the bodice.