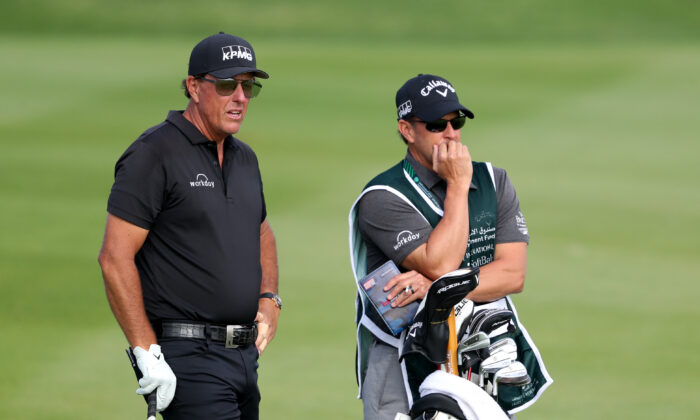 Phil Mickelson released an apology on Feb. 22, regarding released statements from an interview with author Alan Shipnuck, who is writing Mickelson’s autobiography to be published in May. The apology pertains to Mickelson’s statements supporting the proposed Saudi Arabian “Super Golf League.”

In the past week while at Riviera Country Club for the PGA Tour event, The Genesis Invitational, most Top 10 tour players came out to publicly support the PGA, stating that they were not taking part in the Super Golf League.

Among Mickelson’s largest corporate sponsors, KPMG was the first to announce ending their partnership, as covered in his apology.

“The last thing I would ever want to do is compromise them or their business in any way. I have given all of them the option to pause or end the relationship as I understand it might be necessary given the circumstances.”

He added, “I have experienced many successful and rewarding moments that I will always cherish, but I have often failed myself in others to the past 10 years. I felt the pressure and stress slowly affecting me at a deeper level. I know I have not been my best and desperately need some time away to prioritize the ones I love most and to work on being the man I want to be.”

Mickelson made history last year as the oldest player to win the PGA Championship at age 50.

“There is the problem of off-record comments being shared out of context and without my consent,” said Mickelson. “But the bigger issue is that I used words I sincerely regret that do not reflect my true feelings or intentions.”

Shipnuck also revealed that despite the Saudis’ human rights record, Mickelson believed that it was an opportunity to change the PGA Tour.

During the Tiger Woods era, Mickelson had been known as the second-best player on the PGA Tour, and had much influence prompting changes to benefit players throughout the years.

Mickelson’s latest complaint was successful as the PGA recently added the “Player Impact Program,” which compensates tour players for social media impressions and their popularity.

But for now, the Super Golf League is not a viable threat, as top players have denounced it and continue to support the PGA.