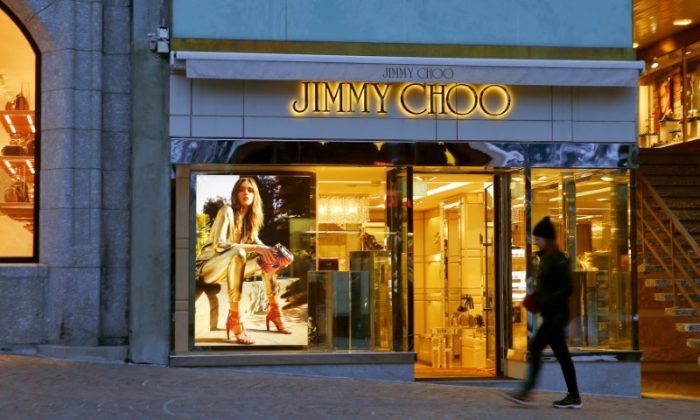 LONDON—U.S. retailer Michael Kors has agreed to buy luxury shoemaker Jimmy Choo for $1.2 billion, snapping up a British company whose towering stilettos have been made famous by celebrity customers from Princess Diana to Kendall Jenner.

“We admire the glamorous style and trend-setting nature of Jimmy Choo designs.”

Founded by bespoke shoemaker Jimmy Choo in the east end of London in the 1990s, Jimmy Choo Plc listed at 140 pence in 2014 and will sell out at 230 pence.

Its strong performance stands in contrast to Michael Kors which has lost 65 percent of its market value since 2014 due to fierce competition at the more affordable end of the luxury market and a drop in customers at department stores.

Michael Kors, which has tried to fight back by expanding into dresses and menswear and its online business, said in May that sales at stores established for more than a year fell 14 percent in its fiscal fourth quarter.

Under the terms of the deal, it will pay a premium of 36.5 percent to buy Jimmy Choo compared with the British firm’s share price before it was put up for sale.

At 1015 GMT, Jimmy Choo shares were up 17 percent at 228.25 pence. The company makes three quarters of its revenue from selling shoes and has a presence across the world, including around 150 company-operated retail stores.

Berenberg analyst Zuzanna Pusz said the deal followed in the footsteps of Coach’s recent acquisition and showed U.S. accessible luxury companies were pursuing the multi-brand strategy found in Europe, where cash flows from one large brand are reinvested into smaller but faster growing ones.

Pusz said it was probably a sensible move in the long term, with competition unlikely to wane anytime soon.

“Multiple companies such as Jimmy Choo, Prada, Ferragamo, and Cucinelli have gone public over the past couple of years with the intention of financing their retail expansion plans, thus accelerating their investments and giving the luxury consumer globally more choice of brands anywhere they go.”

Jimmy Choo put itself up for sale in April after its majority-owner JAB, the investment vehicle of Germany’s billionaire Reimann family, signaled its intention to focus on consumer goods instead. JAB is also considering a sale of Bally International, the Swiss luxury shoes and accessories company.

The deal is the latest in a string of foreign takeovers of UK companies, as buyers abroad take advantage of a drop in the value of sterling since Britain voted to leave the European Union in June 2016.

Michael Kors, which said it had JAB’s backing for the deal, pledged to use its own infrastructure to help Jimmy Choo grow further via store openings and online.

Jimmy Choo will continue to be led by the same management team, including Creative Director Sandra Choi who joined the company at its inception.