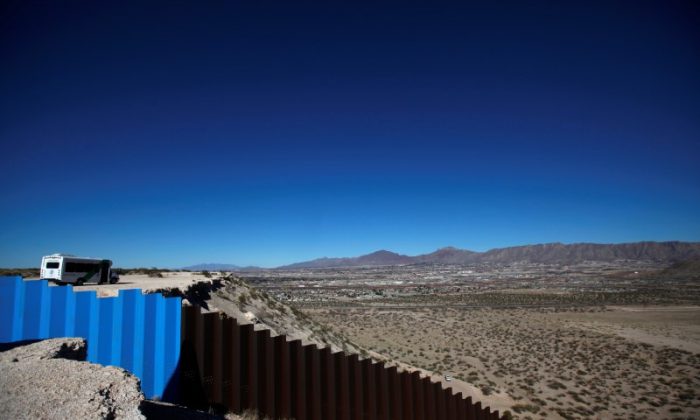 Mexico Warns Firms Not in Their Interest to Build Border Wall

MEXICO CITY—Mexico’s government on Tuesday warned Mexican companies that it would not be in their best “interests” to participate in the construction of President Donald Trump’s border wall, though there will be no legal restrictions or sanctions to stop them if they tried.

While some Mexican companies stand to potentially benefit from the controversial infrastructure project, residents south of the border view the wall and Trump’s repeated calls to have Mexico pay for it as offensive. That is putting public pressure on firms to abstain from participating.

“We’re not going to have laws to restrict (companies), but I believe considering your reputation it would undoubtedly be in your interest to not participate in the construction of the wall,” said Mexican Economy Minister Ildefonso Guajardo.

“There won’t be a law with sanctions, but Mexicans and Mexican consumers will know how to value those companies that are loyal to our national identity and those that are not,” Guajardo added.

His comments echo those of Mexico’s foreign minister Luis Videgaray, who said on Friday that Mexican companies that see a business opportunity in the wall should “check their conscience” first.

Mexico’s Cemex, one of the world’s largest cement producers, has said it is open to providing quotes to supply the raw materials for the border wall. Competitor Grupo Cementos de Chihuahua has also signaled a readiness to work on the project.

Both companies have a strong presence in the United States.

Asked if Cemex would be willing to provide raw materials, such as cement, to the companies eventually selected to build the wall, Perez said he could not comment.

The only Mexican company, out of some 720 in total, to put its name down on the U.S. government’s website for business opportunities as an interested vendor for the wall construction, is a small, four-member concern from the central city of Puebla that wants to provide LED lights that it imports mostly from China.

Mexican activists have called on consumers and local government officials to boycott that company, Ecovelocity.