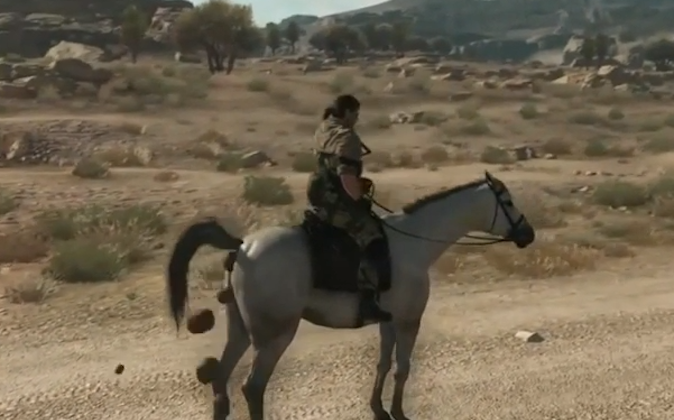 Konami will be showing off two of its upcoming games at the 2014 Tokyo Game Show.

The Tokyo Game Show is the biggest Japanese video game event, and this year’s edition will start on Thursday, September 19, and go on for three days until Sunday, September 21.

Game director Hideo Kojima said in a pre-TGS SCE Japan conference that Metal Gear Solid V will definitely be shown, but it won’t be make available to fans to try out on the game floor.

Instead, Konami will do another stage demo of the game.

Fans who fear that Konami will show off another Afghanistan mission play through will be relieved to note that Snake will most certainly not go back to Afghanistan again at TGS, according to a Konami representative on NeoGAF.

Metal Gear Solid V: The Phantom Pain will be available on the PlayStation 3, PlayStation 4, Xbox 360, and the Xbox One, and is expected to be released in 2015.

Meanwhile, P.T. will also make an appearance at TGS.

The Silent Hills “Playable Teaser” has been downloaded more than a million times according to Sony at a pre-TGS conference.

PlayStationLifestyle has speculated that the game could be out in 2016.

As the release date is some time off, it will be interesting to see what Konami will be presenting about P.T. at TGS.