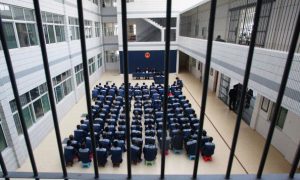 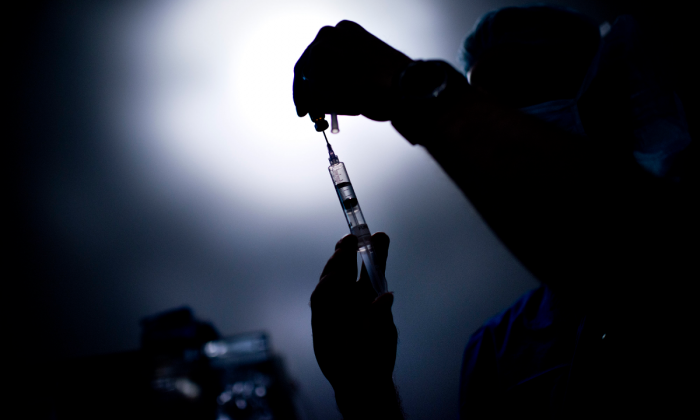 The production of new medicine is a long and complex process, calling for both animal trials, and then later human volunteer trials, according to the U.S. Food and Drug Administration.

Patients with existing conditions or diseases may volunteer for new and experimental drugs. These different groups of patients will go through trials of the drugs for several months to several years, depending on the step. These processes are used to test the efficacy of the drug, potential side effects, and safety in general.

Thus, the term “medicine” will generally make one think of a material that will bring good health, or at least comfort to the person who receives it. However, a number of doctors in China have corrupted the healing definition of the word, and turned “medicine” into the opposite extreme.

When asked if the CCP uses people as test subjects, the doctor calmly replied “this is common.”

The doctor gave an example of how medicine is used as poison in China. “If there is someone who not only offers a corrupt official a bribe but also who happens to be in the hospital, that official, for the sake of silencing them, will ask the hospital to give them injections,” the doctor said. “Those injections can cause heart disease, brain disease, or other kinds of symptoms.”

“All of these symptoms can be caused through medicine,” said the doctor. “When some drug manufacturers are testing medicine, those symptoms will be induced by those medicines, and then the effectiveness of the new drugs can be seen.”

Medical abuses are notorious in one particular city in Shandong Province. In Jining City, prisoners of conscience are forcefully injected with unidentified drugs. According to reports about Jining, the medical industry alone is worth over $14 billion annually.

Many medical and pharmaceutical businesses not only from China, but also from other parts of the world, have factories and laboratories in Jining. Many of the job recruitment advertisements in the city request for clinical drug testing administrators.

Minghui.org, a U.S.-based website that serves as a clearinghouse on the persecution of Falun Gong in China, has reported many incidents involving Falun Gong practitioners being forcefully injected with unknown drugs.

Former Chinese leader Jiang Zemin, who initiated the persecution in 1999, said in reference to suppressing Falun Gong, “[we] must use the method of medical treatment.” Jiang also said that medicine and clinical experiments must be used.

At many hospitals across Shandong Province, arrested individuals are forcefully given injections. The ages range from 22 to 50, with most victims between 37 and 44 years of age. Some were debilitated, some had lost their minds, and some even died abruptly.

“In all of these examples, one can see the evidence of medical experiment,” said the individual conducting the interview. Any Falun Gong practitioners who were arrested and arbitrarily sent to mental hospitals will have a “family history of mental illness” written on their records.

Below are several examples of the countless crimes committed on individuals within mainland China for maintaining their faith.

Su Gang (pronounced Soo Gahng) was a 32-year-old man from a neighboring county around Jining. He worked as a computer engineer. He was arrested and sent to a mental hospital on May 23, 2000. He was forcefully given injections that damaged the nerves in his spine.

After nine days of receiving injections, he was released to his father. His father said Su had a lifeless look in his eyes, and no expression on his face. Su responded slowly to his father, while his body was stiff and rigid, and weak at the same time.

Su passed away within a month after being released.

A man named Yu Fenglai (pronounced Yoo Fung Lie) worked as an officer in the armed police forces. He was taken to a labor camp, and forced to swallow an unknown medicine. Yu wasn’t allowed to sleep either.

“After a long time, days, of depriving me of sleep, along with the effects of that medicine, my ability to bear it was slowly being broken down,” Yu said. “I slowly lost myself.”

Yu said toward the end, he couldn’t discern anything and was in a vegetative state, unable to control his body.

A women named Xu Guiqin (pronounced Shoo Gway Cheen) was arrested at the age of 38 and sent to a women’s labor camp.

Before Xu was released, she received four injections that targeted the spinal column. Her face became swollen, her tongue stiff, her body numb, and she suffered severe memory loss.

When she was released from the camp and sent home, she slowly began losing control of herself.

Another woman named Liu Zhimay (pronounced Leeoo Jer May) was a student at China’s most prestigious college. She was arrested toward the end of 2002.

She was given three shots every day. By 2003, other prisoners said she became abnormal, and they could hear her screams throughout the jail. “I don’t have a disease, don’t give me shots, don’t give me medicine!” Liu shouted.

Liu was released on Nov. 13, 2008. For the first two days when she was home, she seemed fine. By the third day, mental problems began surfacing.

Liu was unable to sit still, she would speak unintelligibly, she wouldn’t sleep at night, and began losing her memory. She also drank excessive amounts of water, and would be completely unaware of wetting the bed, laying in it.

After several years, Liu passed away.

Lu Meihua (pronounced Loo May Hwah) was arrested on Sept. 11, 1999. She was force-fed pills, and held down by five to six people and given shots.

After receiving the shots, her legs moved uncontrollably, even when she laid down and tried to sleep. She became exhausted and was unable to do anything.

Her posture became deformed, with her arms and head twisting to one side of her body, unable to sit or stand in a normal way.