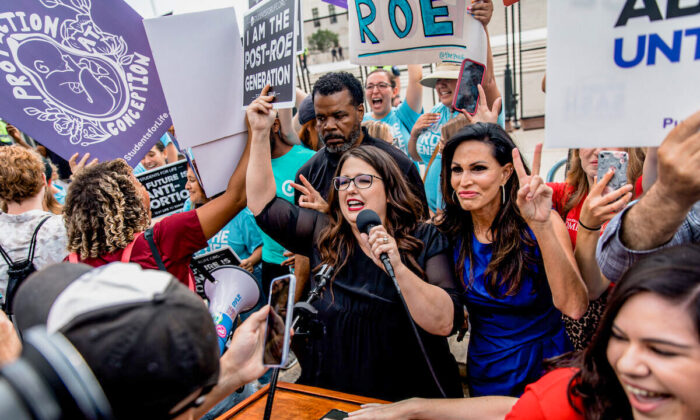 A medical board that certifies obstetricians and gynecologists (OB-GYNs) in the United States and Canada threatened to revoke providers’ certification due to “misinformation and disinformation” around COVID-19 and abortions.

The American Board of Obstetrics and Gynecology (ABOG) said in a July 7 statement: “ABOG will review reports of dissemination of misinformation and disinformation about COVID-19, reproductive health care, contraception, abortion, and other OB GYN practices that may harm the patients we serve or public health. Eligibility to gain or maintain ABOG certification may be lost if ABOG determines that diplomates do not meet the standards that they have agreed to meet and that the public deserves and expects.”

“The dissemination of misinformation and disinformation not only involves COVID-19, but is a threat to the access to and the ability to provide legal and safe evidence-based comprehensive reproductive health care, including contraception and abortion,” the organization said.

“Opinions publicized by OB GYNs about COVID-19, reproductive health care, and abortion should reflect the specialty’s commitment to scientific and clinical excellence and to the needs of our patients.”

The organization didn’t elaborate on what it believes is disinformation or misinformation around abortions or COVID-19. The ABOG didn’t immediately respond to The Epoch Times’ request for comment.

“The threat by the pro-abortion American Board of Obstetrics and Gynecology to cancel the board certification of tens of thousands of OBGYNs who educate their patients about the peer-reviewed, evidence-based facts concerning abortion is an unprecedented intrusion into the doctor–patient relationship,” the American Association of Pro-Life Obstetricians and Gynecologists (AAPLOG) said in a statement to Fox News.

The group further warned that ABOG’s statement may prompt some providers to withhold “critical evidence-based information about the harm abortion causes women” and would “force [physicians] to violate [the] Hippocratic oath and duty to [their] patients.”

Legal action might be taken, the statement continued, to protect the “rights of [AAPLOG] members and ensure that physicians are free to provide the information that patients need in order to make a decision based on fully informed consent.”

This dispute comes several weeks after the Supreme Court overturned Roe v. Wade, a 1973 decision that argued women have a constitutional right to obtain an abortion. The ruling means that now states have the ability to pass laws that either restrict or allow abortions.

Writing for the majority, Justice Samuel Alito contended that Roe v. Wade and the 1992 case Planned Parenthood v. Casey both were flawed from the start. The ability to obtain an abortion, he said, isn’t a right affirmed by the Constitution.

“The right to abortion does not fall within this category. Until the latter part of the 20th century, such a right was entirely unknown in American law,” he wrote. “Indeed, when the Fourteenth Amendment was adopted, three-quarters of the States made abortion a crime at all stages of pregnancy. The abortion right is also critically different from any other right that this Court has held to fall within the Fourteenth Amendment’s protection of ‘liberty.’”