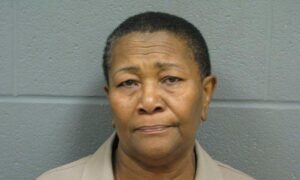 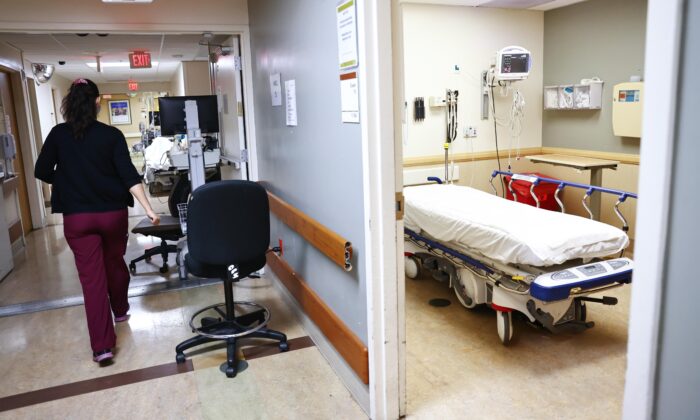 Medicaid misspending exceeded $140 billion in 2019 and 2020, according to estimates by the relevant federal agency, Centers for Medicare and Medicaid Services (CMS), with the money often spent on services for people not eligible for the program or improperly overpaid to health care providers and insurance companies, several experts told The Epoch Times.

CMS is supposed to retrieve that money from states, although when a nonprofit foundation asked for information about those efforts, the agency didn’t respond. The nonprofit is now suing for the information.

Medicaid pays more than $600 billion a year for health services for the poor, disabled, children, and the elderly. About two-thirds of the total used to come out of federal coffers, the rest from states. The March 2020 federal COVID-19 package increased the federal share of the spending to nearly three quarters.

During the pandemic of the CCP (Chinese Communist Party) virus, which causes COVID-19, the number of enrollees in Medicaid jumped to more than 74 million in February (pdf) from about 64 million in March 2020. That indicates that close to 1 in 4 Americans is on Medicaid.

Just a decade ago, improper payments constituted about 6 percent of Medicaid expenses. Based on CMS estimates, that number has ballooned to nearly 15 percent in fiscal 2019 and more than 21 percent in 2020.

The number is likely even higher because CMS analyzes only a third of the states each year and bases the improper payment estimate on a three-year average, according to Brian Blase, economist and former health care policy adviser to President Donald Trump.

He estimates the real improper payment rate has been about 27 percent in recent years, about $110 billion in 2020. That would have been enough to extend Medicaid to about 15 million people. There were an estimated 29 million uninsured Americans in 2019.

The improper payment estimates were particularly flawed for fiscal years 2015-2018 because the Department of Health and Human Services stopped estimating how many ineligible people states signed up for Medicaid. The stated reason for the pause was to “update the eligibility component measurement methodology,” due to the Medicaid expansion that was part of the Affordable Care Act, also known as Obamacare (pdf).

However, not all improper payments necessarily stem from fraud. The majority lack documentation to show they were made properly. For the rest, the CMS determined that they should have been lower, higher, or not paid at all, the agency said in one of its annual reports to Congress (pdf).

Blase said there are “hardly any underpayments” in the system, but acknowledged that a portion could be attributed to paperwork issues. He estimates about a third of the money went to people who weren’t really eligible. Another third went to people for whom it can’t be determined if they were or weren’t eligible. The rest were cases such as overpayments to health care providers and insurance companies.

His estimates are based on audits by some state and federal agencies, including the Government Accountability Office, and other data.

The issue of ineligible people in the program was exacerbated after the COVID-19 package barred states from stripping enrollees of Medicaid during the pandemic, even if they got in fraudulently or lost eligibility, Blase said.

CMS is supposed to recover improper payments from states, but it has been largely ineffective. The agency itself reported less than $800 million in “Program integrity recoveries” in fiscal 2017.

The rising improper payment rates caught the attention of the Americans for Prosperity Foundation (AFPF), a free-market nonprofit partly funded by billionaire Charles Koch. In May, it asked CMS for documents regarding the agency’s efforts to recover the money. After the agency failed to respond, the nonprofit filed a Freedom of Information lawsuit on July 27.

CMS hasn’t responded to a request by The Epoch Times for comment.

The central idea of Medicaid is to provide people below or near the poverty line with some basic health care. Over the years, however, Congress has loosened the eligibility and expanded it in many directions.

It now pays for nearly half of nursing home costs, part of foster care services, and even some health-related school expenses.

“It has grown since 1965 from being a targeted safety net for the truly vulnerable into a sprawling middle-class entitlement, and one that is filled with waste and potential corruption,” Clancy told The Epoch Times.

This characterization has been contested by the Center on Budget and Policy Priorities, an anti-inequality think tank. Its experts concluded that the expansion of Medicaid largely provided coverage to poor people with no insurance, rather than enrolling middle-class people who had other options.

Obamacare allowed states to enroll in Medicaid people with up to 138 percent of federal poverty-level income, but also allowed states to let in people above that threshold, as long as their self-reported income was “reasonably compatible” with income information the state government obtained from “electronic sources” such as a commercial employment verification database. States commonly allow for a 10 percent discrepancy, a 2016 paper found (pdf). As such, an individual with an income of nearly $20,000 could still enroll, as well as a family of four earning a bit over $40,000 a year.

In addition, Blase found that many people reporting income over 250 percent of the poverty line on Census Bureau surveys were still able to enroll in Medicaid (pdf). That would be individuals earning more than $32,000 or a family of four earning more than $66,000 a year.

States should periodically check income eligibility, but some don’t do as thorough a job as others, Blase said. New York, for example, allows people to stay on Medicaid the whole year, regardless of eligibility changes month to month. Theoretically, the state should pay all the expenses in months when the enrollees lack eligibility under federal rules. It isn’t clear to what degree this happens in practice.

One of the major problems with Medicaid is the lack of incentives, or even opposing incentives, to minimize fraud, Clancy said.

As the program is set up, states are responsible for detecting improper payments, but if they do, they have to return the federal part of the money. That means that for every $4 identified as improperly paid out, the state needs to return about $3 to CMS.

“The fundamental problem with Medicaid is it has two managers but no owner,” Clancy said. “And so each side points to the other as the one who deserves blame for the problems.”

The Trump administration proposed a rule in 2019 meant to clamp down on improper payments, such as by requiring states to share with CMS more detailed claims data and clarifying prohibitions on certain arrangements that milk federal funds for purposes beyond those intended by the Medicaid statutes. CMS dropped the proposal in September 2020.

Several organizations, including the National Governors Association and the U.S. Chamber of Commerce, asked for the proposal to be dropped due to the “extraordinary public health and economic circumstances” of the COVID pandemic (pdf).

AFP and other right-leaning experts recommend turning Medicaid into a block-grant program. States would receive funds based on their overall demographics, such as how many poor and disabled people they have. It would be up to the states to provide the services to those who need them the most. Under this system, states would have an incentive to more tightly police who gets the services as it could budget any money saved for more services. But states would also face more risks.

Currently, Medicaid enrollees can use however many services they want and the federal government is on the hook to pay its share of the bill. If states get block grants instead, they may need to set part of the money aside for unexpected cost increases. States would likely need much broader discretion to decide who gets covered and for what (pdf).

According to AFP, pushing health care decisions down to patients through health savings accounts (HSA) is preferable. The idea is for Americans to have special accounts for heath expenses where they and their employers could deposit money tax-free. Interest on the savings as well as payments from those accounts would be tax-exempt, too, Clancy envisions, and the government could provide extra money for the accounts through vouchers based on eligibility, such as poverty or disability.

Currently, only about 30 million Americans have HSAs, since the law limits them to people with a “High Deductible Health Plan” which is only accessible to a fraction of the population, Clancy said.

AFP would like to remove that limitation and let anybody have one.

“People would actually have an incentive to be very careful with how they spend the money since they’re the ones who lose if they waste it or let it get stolen,” Clancy said.