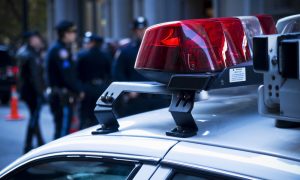 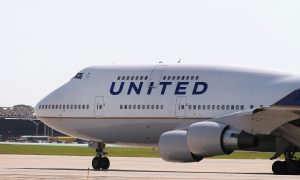 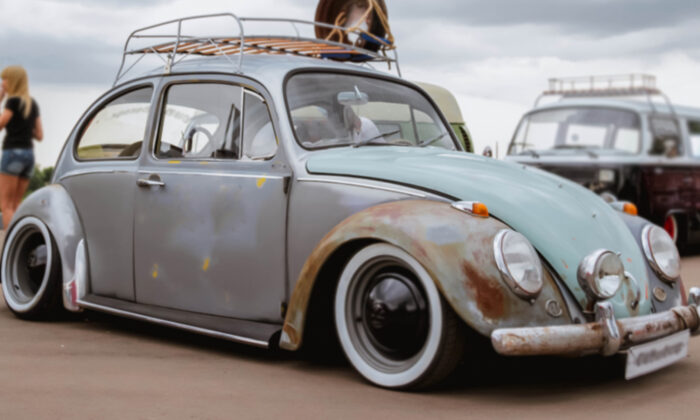 Brent Walter had been customizing an old Volkswagen Beetle in his home garage for trophy-car shows when he got the idea to fashion two VW Beetle-inspired mini-scooters from the car’s scrap parts that were left over.

The result was a six-month-long passion project and a pair of velocipedes that have become the envy of the VW Beetle-loving community.

People are probably tired of me posting these pics. #volkspod #vwminibike #minibike #vw

According to This Is Colossal, Walter’s custom, at-home project began in the winter of 2018. “I wanted a scooter to take to VW shows,” Walter explained to Bored Panda. “These fenders were left over from building my car. I also wanted to practice welding the thin sheet metal panels.”

Describing himself on his Instagram page as a “maker and builder of a variety of things,” Walter’s personal objective was laid out for him. The talented mechanic quickly got to work.

On April 14, 2019, Walter posted a video update to his Instagram page. “Body is mounted to the frame,” he explained. “I need a headlight bucket, some type of kickstand that will work with 3.5 inches of ground clearance, throttle cable, bodywork and paint.”

At this stage in the scooter-building process, Walter’s followers responded with enthusiasm to his unique, custom design. “I dig this concept,” one person wrote.

The fenders that Walter wanted to use, however, were in bad shape. Walter had to re-weld, grind, and paint the battered car parts—one a striking pastel blue and the other a mellow pistachio green—but in the end he had crafted the bodies of two extremely unique-looking two-wheelers.

The “Volkspod,” as he chose to call it, was born.

Both scooters have custom frames, VW engines, vintage cruiser handlebars, head and tail lights, and comfortable Schwinn seats, but that is where the similarities end. “The original [green] has a 79cc motor and is more for looks than it is practical,” Walter explained to Bored Panda.

“The second [blue] one has more ground clearance and a 212cc motor,” he added. “It is more practical to ride around on the road.”

Walter remained modest throughout the building process, claiming that it wasn’t too difficult to find the parts he needed for his creations. “There seems to be plenty of old Beetle fenders at swap meets,” he said.

On May 17, 2019, Walter laid down his tools and shared the final, finished models with the world by posting a series of triumphant “after” photos on Facebook. “Got it pretty well finished up,” Walter exclaimed.

Body is mounted to the frame. I need a headlight bucket, some type of kickstand that will work with 3.5” of ground clearance, throttle cable, bodywork and paint. #handmade #vw #minibike #builtnotbought

The scooters were an instant hit; comments flooded in. Many people marveled at Walter’s vision and skill, while others voiced their desire to own a “Volkspod” of their own.

“Saw this post and I think these are fantastic, well done,” one person commented, before asking, “How much would they be on sale for?”

“[T]his is needed in my life,” exclaimed another. A few fellow motor-heads even commented that they were embarking on similar projects of their own after being inspired by Walter’s ingenuity.

The Volkswagen Beetle is an iconic car. The “people’s car,” as it was known back in the 1930s, was first made available to the public in 1938.

However in early 2019, according to Tech Crunch, VW announced its intention to end production of the Volkswagen Beetle by the end of the very same year. The announcement also marked 80 years of consistent production of the beloved VW “Bug.”

Walter’s Volkspods, besides being an immense feat of ingenuity and engineering, are also an amazing way to immortalize the instantly recognizable look of the VW Beetle for car lovers and vintage aficionados everywhere.

Cold day for a ride. #volkspod