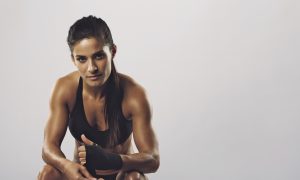 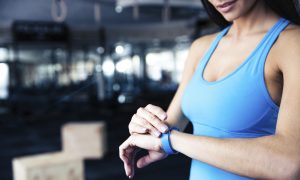 What Massive Shift in Fitness Is Happening in 2016?
0 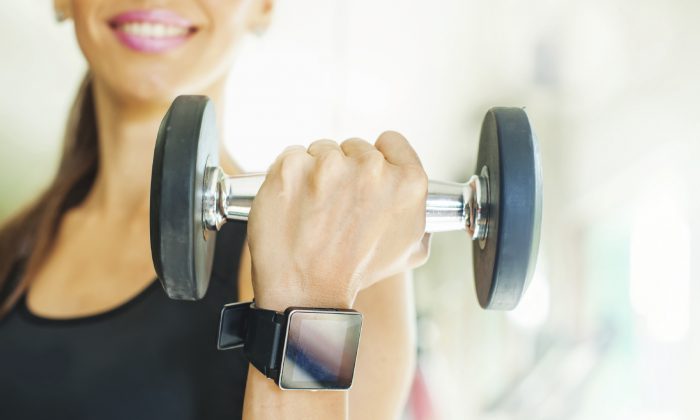 Measuring Up: This Year, Aim for Fitness Over Fat Loss for Long-Term Success

Getting fit and losing weight are consistently among the top New Year’s resolutions, and January is the boom period for the billion-dollar gym industry. While any attempt to incorporate more exercise into our lives should be welcomed, it’s time to rethink the reasons for joining the gym and in particular, the way we measure success when it comes to exercise.

Weight loss is one of the most common reasons why people start an exercise program, linking sweating it out with reduced fat. Sadly, they’re setting themselves up to fail because there’s good evidence that exercise in the absence of dietary modification is not all that effective for weight loss. In other words, you can’t outrun a bad diet.

In fact, the idea that exercise will lead to weight loss is potentially dangerous because it acts as a disincentive for people who stick to their exercise goals only to find the scales haven’t turned in their favor—and throw in the towel.

Research published a few months ago shows the likelihood of an obese man achieving normal weight without surgery is one in 210. And the chances are only a little better for women, at one in 124. Among those who manage to lose significant weight (at least 5 percent of bodyweight), at least half will regain it within two years.

Weight loss is very important for improving health and reducing risk of chronic disease. But when focusing on the reasons people should be physically active and engage in regular exercise, fitness, as opposed to fatness, is a better focus.

Exercise can directly improve fitness independent of changes in weight.

Exercise can directly improve fitness independent of changes in weight. And it may be protective of developing chronic diseases, such as type 2 diabetes, even for people who are overweight or obese. But the importance of trying to lose weight through broad lifestyle change shouldn’t be ignored.

A recent study of over 1.3 million Swedish men found that when it comes to risk of dying early, high fitness isn’t protective for people who are obese. But it showed fitness was an important factor nonetheless and didn’t measure other key health outcomes. Most importantly, improving fitness is a tangible and achievable outcome, so it’s more motivating.

Poor fitness is a modifiable factor associated with heart disease. Other benefits people may gain from exercise, apart from weight loss, include improved mental health, improved sleep, and reduced risk of conditions, such as Alzheimer’s and dementia.

Joining a gym may work for some, but it’s not the only way of getting the benefits of regular exercise. Here are some practical tips to get moving.

1. Avoid an ‘All-or-Nothing’ Mentality. Remember that every bit of time spent exercising instead of being sedentary counts.

When you’re in the habit of exercising regularly, it’s easier to keep going and find the motivation to continue. But when you’ve been inactive for a while, such as over the holiday season, it’s often difficult to overcome the mindset of feeling overwhelmed and out of touch with exercising. This often leaves people feeling unsure about where to begin.

To avoid feeling lost, try setting some realistic and achievable goals that can be written down and achieved every day. Plan for the worse-case scenario (such as those extra long lunches). Even one set of squats, five minutes of yoga, or a brief walk around the block may be enough to avoid the build-up of post-holiday exercise fear.

2. Seek Help Getting Active. Especially seek help if you have a chronic or complex medical conditions. Australia has one of the most progressive physical activity referral schemes in the world, which means people with chronic conditions can be referred to accredited exercise physiologists or physiotherapists to receive individualised exercise programs.

If weight loss is your primary aim, seek help from an accredited practising dietitian to help modify your diet.

3. Forget the Scales. When it comes to exercise,forget the scales and focus on moving more and sitting less. Wearable technology can help with monitoring and goal-setting.

Use other ways of measuring progress, such as how breathless you feel after walking up that set of stairs or how much easier it is to carry the groceries, as well.

4. Don’t Forget Resistance Training (Muscle-Building Exercise). Working muscles is not only for young men; it has considerable benefits for men and women of all ages.

Most importantly, the best exercise program is the one that’s realistic for your situation, enjoyable, and progressively more challenging. And it’s not necessarily one limited to the gym.

Simon Rosenbaum, is a lecturer, University of New South Wales in Australia. This article was originally published on The Conversation. Read the original article.