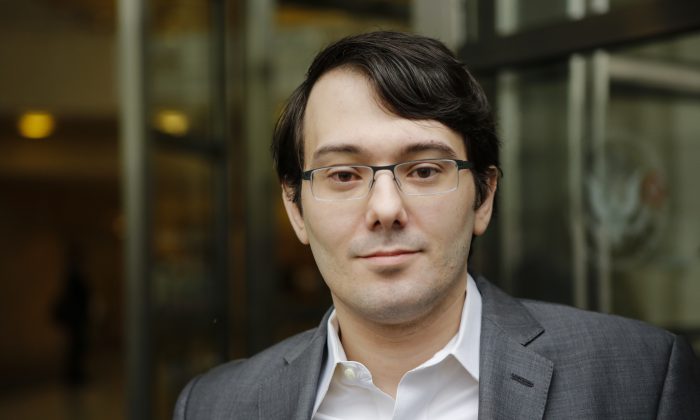 Shkreli shot to infamy last year when he hiked up the price of life-saving drug overnight from $13.50 to $750 a pill—a matter unrelated to his charges in court.

Shkreli was originally charged in December 2015 for wire and securities fraud and conspiracies to commit the crimes related to his hedge funds and another drug company of his, Retrophin.

Now, there may be more charges related to the distribution of Retrophin stock and a 2013 private round of financing for the company, according to Assistant U.S. Attorney Winston Paes, at a May 2 hearing in Brooklyn federal court, according to Bloomberg. Paes said an indictment including the new charges might be filed next month.

Paes indicted Shkreli in December 2015 for lying to investors of his hedge funds in order to get their investments and prevent them from withdrawing them later. He’s also accused of stealing money from the hedge funds.

At one point, near the end of 2010, Shkreli told one investor that his hedge fund MSMB Capital was managing $35 million in assets, while it only had about $700 on its bank and brokerage accounts, the indictment reads.

Shkreli is also accused of defrauding his own company, Retrophin, of more than $7.6 million and using the money to settle claims with the investors of his hedge funds.

In 2015 he founded another drug company, Turing Pharmaceuticals, and managed to acquire Daraprim, a drug used to treat malaria and a certain parasitic infection and also prescribed to AIDS populations. The company raised the price of the drug from $13.50 a pill to $750 a pill, earning widespread criticism.