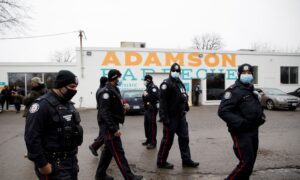 Equity markets remained under pressure during the Asian session as risk sentiment continues to show weakness due to the Greek debt debacle. The declines seen so far this week have been significant and many contrarian traders have been stopped out looking for the next reversal rally. At the moment, the losses look set to continue, as the Greek cabinet has shown support for the Prime Minister’s request for a referendum vote and macro data fails to create any inspiration.

The Chinese Finance Minister made comments overnight (apparently attempting to calm Asian markets) saying that the banking sector is performing reasonably well but that the government is still concerned about the rapid escalations seen in real estate prices. In terms of broader inflation estimates, the government forecasts price pressures to remain elevated throughout 2012 but that CPI figures are thought to have already reached a peak. Additional comments were made with respect to currency values, as the strengthening Yuan is seen limiting export prospects in the longer term.

There was a fair amount of macro data from the UK yesterday, with the manufacturing PMI showing significant weakness at 47.4 but third quarter GDP estimates did nudge higher, coming in at 0.5% on a quarterly basis (estimates were calling for a 0.3% rise) and this helped the GBP gain some support against the Euro. Most of the data reaction was seen in currency markets as equities were already in freefall (driven almost entirely by news headlines and comments from finance ministers).

The US also released its monthly manufacturing ISM report, which came in at a tepid reading of 50.8 (estimates called for a rise to 52). The number does suggest expansion in the manufacturing sector but at a slower pace from the September reading. Lower inventories numbers offset the rise that was seen in the new orders component of the report.

On the whole, the mood is pessimistic and currency markets are once again following the lead seen in equities. As long as comments from finance ministers fail to remove some of the uncertainty that is setting the tone at the moment, there is little to suggest that we will see a meaningful reversal in the near term. This week’s decline in US stock markets have already managed to erase the relatively solid bull moves from last week and while it could be argued that the latest drop (nearly 3% in all three major indices) should be viewed as a longer term buying opportunity, we will need to see some evidence of political resolution before any sustainable rallies should be expected.

The GBP/USD is continuing to roll over from the false break at Fib resistance on the daily charts. Key support is now seen at 1.5890 and a break here will target levels much lower. Resistance now seen at 1.6040.

The FTSE is attempting to bounce off of the 4H triple bottom at 5320, but upward momentum is less than impressive and indicator readings suggest a retest of the lows could be imminent. Resistance has moved down to 5470, which is an acceptable sell area.