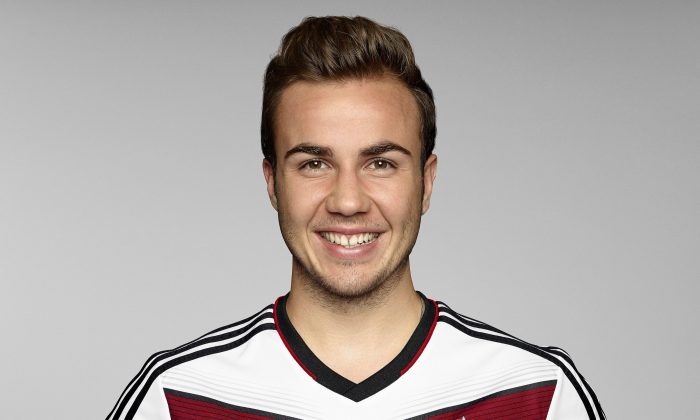 Mario Goetze of team Germany poses for a picture on May 24, 2014 in St. Martin in Passeier, Italy. (Photo by Handout/DFB via Bongarts/Getty Images)
Sports

The 22-year-old Bayern Munich man hasn’t played well at all in this world cup, but his hair is certainly very much in style.

Check out a video tutorial of how to style your hair like Gotze.

Gotze’s hair is shorter now, but he keeps pretty much the same style.