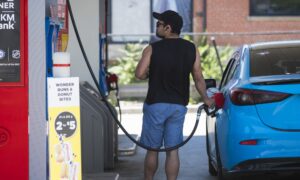 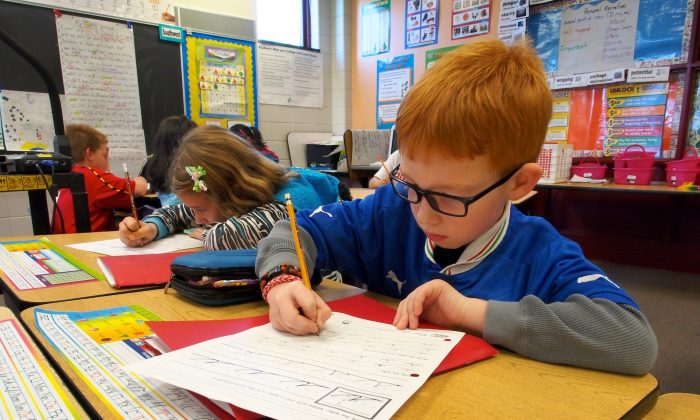 A fully loaded cargo ship heads into New York Harbor on August 17, 2016 in New York City. The continued global economic slowdown, especially the financial difficulties in China, have hurt profits in the global shipping business. With growth in the industry expected to be near zero this year, hundreds of cargo ships are being sent to the scrap heap prematurely in an effort to cut capacity and raise prices for shipping. (Photo by Spencer Platt/Getty Images)
Canada

Many Youth With ADHD Given Antipsychotic Drugs, Study Finds

TORONTO—One in 20 Ontario children and youth have attention deficit hyperactivity disorder and many are prescribed antipsychotic drugs, despite having no other mental health diagnoses, researchers have found.

A study by the Institute for Clinical Evaluative Sciences (ICES) found that almost 12 percent of kids and youth with attention deficit hyperactivity disorder, or ADHD, were prescribed antipsychotics like Risperdal, Zyprexa, and Seroquel.

“When we looked at the information on the children and youth with ADHD who were prescribed antipsychotics, a very, very small number of them had a condition where you would expect the use of an antipsychotic—conditions such as bipolar disorder or schizophrenia,” said senior author Dr. Paul Kurdyak, head of the mental health and addictions program at ICES.

As its name suggests, ADHD causes such symptoms as difficulty concentrating on tasks and restlessness, which can have major implications for school achievement, no matter a young person’s intellectual capabilities, Kurdyak said.

To conduct the study, published Jan. 18 in the Canadian Journal of Psychiatry, researchers took a random sample of health records for 10,000 Ontarians aged 1 to 24 and examined data relating to ADHD and other diagnoses, prescribed medications, and health services utilized.

They found that about 5 percent—or 536—of the children and youth had a diagnosis of ADHD. Males are two to three times more likely than females to be diagnosed with ADHD.

The surprising finding to us was the 12 percent of kids with ADHD who were prescribed an antipsychotic.
— Dr. Paul Kurdyak , Institute for Clinical Evaluative Sciences

About 70 percent of the young people with ADHD were being treated with drugs like Ritalin and Adderall, which are considered standard, first-line therapy for the common condition. About 20 percent had also been prescribed antidepressants, “which isn’t terribly surprising because depression and anxiety commonly co-occur with ADHD,” Kurdyak said.

“But the surprising finding to us was the 12 percent of kids with ADHD who were prescribed an antipsychotic,” he said, explaining that the medications have a sedating effect, which could help reduce disruptive behaviour.

However, these drugs can have adverse effects, such as causing significant weight gain. One study found kids gained almost 19 pounds on average after 10 weeks on the drugs—and the risk of developing pre-diabetes or diabetes.

“We don’t know why these children and youth with ADHD are on antipsychotics, but there is a risk associated with early antipsychotic exposure, so we need to know more about why they are being used, so that the benefits can be weighed against the risks.”

Mark Henick, national director of strategic initiatives at the Canadian Mental Health Association, said it’s known that some doctors prescribe antipsychotic medications for ADHD, and he’s concerned about the high level of use in young people with the disorder.

Kurdyak said children and youth who experience continued ADHD-related behavioural issues that are making school and home life difficult need to have an integrated therapeutic plan beyond medications.

“You’d certainly want a child in that situation to have access to behavioural therapies that provide children and their families with coping skills so that they can manage their behaviours,” he said.