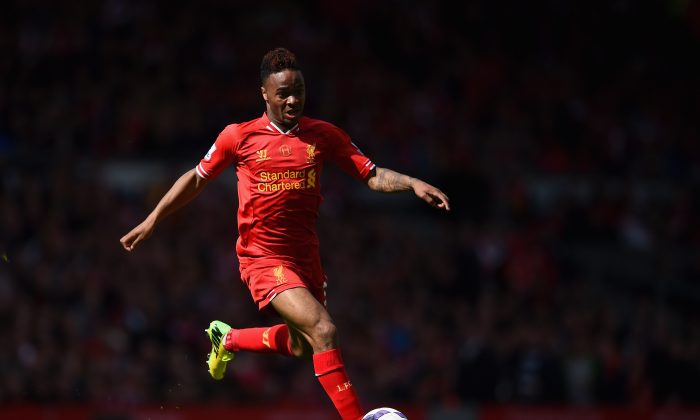 Raheem Sterling of Liverpool in action during the Barclays Premier League match between Liverpool and Newcastle United at Anfield on May 11, 2014 in Liverpool, England. (Photo by Laurence Griffiths/Getty Images)
Soccer

Manchester City and Liverpool are set to play in an International Champions Cup match on Wednesday, July 30.

The game will be played at Yankee Stadium, New York City at 7:00 p.m. EDT.

The match will be screened on Sky Sports 1/HD in the United Kingdom.

Man City are favorites to win the match with 1/1 odds, while Liverpool are 11/4 to take the game, according to OddsChecker.

Liverpool forward Raheem Sterling is excited about getting the chance to play City.

“This is good opposition to play against,” Sterling told Liverpoolfc.com.

“They [Olympiacos] play in the Champions League and it’s something we’ll be playing in next season, so the more we can play teams like that the better really.

“[Manchester City are also] Champions League opposition and the more teams like that we can play, the better for the club and the better to prepare for what we will face next season.”

“It’s good to get back out there onto the pitch after the summer and it’s good to try and get back to full fitness,” Sterling said.

“It’s [about] trying to put into practice [out on the pitch] what we’ve been doing in training; obviously not just the running but the football the manager wants us to play – we tried to put it out onto the pitch here today [against Olympiacos] and hopefully we executed that as well.”