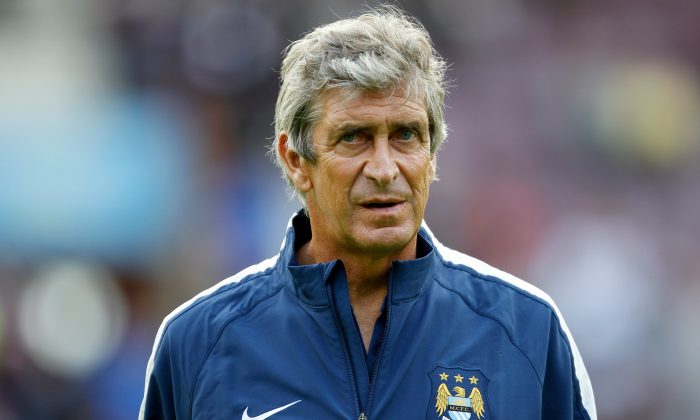 Manchester City will take on AC Milan in a 2014 International Champions Cup match on Sunday, July 27.

The game will also air on beIN Sports Arabia 14 HD in Syria, Tunisia, Saudi Arabia, and in most Middle Eastern countries, Arena Sport 4 in Bosnia and Herzegovina and Croatia, as well as SuperSports CH 202 in Singapore.

“I think we are working very well here in the USA, first in Kansas and now in New Jersey.

“We played a very useful game against Sporting Kansas City and we hope to continue that good work against AC Milan on Sunday.

“I think that both ourselves and AC Milan are currently in our pre-season preparations, but I am looking forward to the game.

“I think it is always important to win and when we start the game, our mind will be just on winning that game. We will continue to work in the best way we need to for this pre-season.”

Pellegrini also feels that the pre-season tour will allow the youngsters in the City squad to have a run out and to demonstrate their abilities to him.

“We have a lot of young players here with us,” Pellegrini said.

“Some of them played the game against Kansas. We have Kelechi Iheanacho, Greg Leigh, Jason Denayer and several others.

“It’s an important chance for them to show what they can do, and maybe this moment it is their moment.

“We have five players who have just returned from their break after the World Cup and another five or six that are still to join the squad.

“So I think that they are working well and playing well and they have to take their chance.”

Here are the current standings for the International Champions Cup: