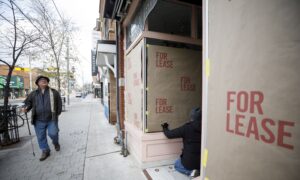 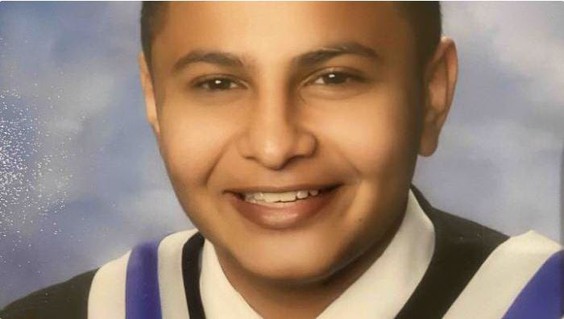 The man who appeared in a viral video being arrested for allegedly flouting Ontario lockdown rules on Saturday has taken his own life, police said in a statement.

Identified as Moses Demian, 24, in a GoFundMe campaign launched on Monday to raise funds for his memorial and funeral says he “was a kind, compassionate, and generous person who will be remembered as someone who constantly went out of his way to help others.”

Demian was arrested on Saturday for allegedly obstructing a police officer at a parking lot outside teashop BONTEA in Scarborough, Ontario. He was handcuffed and arrested for allegedly not providing his identification and swearing at police.

In the viral video posted on Twitter, one police officer can be heard telling Demian “you’re under arrest for obstructing a police officer” and “I asked for your ID and you told me to [expletive] myself,” to which Demian responded “No, I didn’t!”

The video also shows Demian telling the police he was punched in the face.

“You can’t punch somebody in the face through that sir, you can’t do that,” he said. One of the officers replied: “You’re not supposed to be out right now, bud,” to which Demian replied “I was going to BONTEA, I told you that.”

Demian was part of the AntiHoonHoonClub, a car enthusiast group that frequents BONTEA, according to the group’s Instagram account.

Another man who was at the scene was also requested by the police to provide his identification.

“Why do you need my ID?” the man asked, to which the officer replied, “the Reopening Ontario Act.”

The Reopening Ontario Act gives the Ontario government the power to continue implementing emergency orders related to COVID-19 even after the provincial declaration of emergency has ended.

Demian was shown taken away by the police in the footage. According to Toronto Sun, police sources confirmed Demian threatened to commit suicide while in the squad car. They took him to the hospital, from which he was released later.

On Tuesday, the Toronto Police Service released a statement saying Demian had died in his home.

“On Saturday, January 2, 2021, at approximately 9:40 p.m., the Toronto Police Service received calls from the public reporting a large gathering of individuals in the area of Midland Avenue and Finch Avenue East. Officers arrived to find a gathering of approximately 50 people and cars gathered in contravention of the Reopening Ontario Act. Some members of this large gathering refused to disperse and did not comply with the officers’ orders, resulting in one person being criminally charged with Obstruct Police.

“During the arrest, the person stated they were in crisis. Officers responded immediately by taking the person to the hospital. The person was assessed by a doctor and released by the hospital to his family. The person had no further contact with the Toronto Police. Since then, we have learned the person died at their home in Durham Region on Monday, January 4, 2021. Given this is a non-criminal matter which took place outside the jurisdiction of Toronto, we will not comment. The service offers condolences to the family,” the TPS said in the statement, obtained by the Toronto Sun.

Maria Elias, the organizer for the campaign, said all the funds collected will be directed to Demian’s family, even though they have not requested for any financial help.

“These are unfathomably difficult times for Moses’ friends and family, but especially for his mother Hiba and sisters Marina and Monica,” Elias wrote. “We want to ensure that they do not have to face any additional burden as a result of the costs associated with a memorial, funeral, or any other matters related to this tragedy.”

According to Steps to Justice, a website which Ontarians can find legal information, says that “any provincial offences officer can stop you and ask you to identify yourself if they have ‘reasonable and probable’ grounds to believe you’re not following the emergency rules” when you’re “outside during COVID-19.”

It also says when “you’re asked to identify yourself, you must provide” your correct name, date of birth and address. Failure to do so may result in being “charged with the criminal offence of obstruct police” and “might be held for a jail hearing.”

On Jan. 6, Ontario Premier Doug Ford hinted at the possibility of enforcing a curfew across the province.

“I am going to have a conversation with [Quebec] Premier [Francois] Legault tonight, have a good chat with him. I will be speaking to the health table later today and we’ll be making that decision over the next few days,” Ford said in response to a reporter’s question.

A rally against lockdown and restrictions was held at Nathan Phillips Square in Toronto on Jan. 2 by an advocacy group The Line Canada, who called on Canadians to “defend their rights and civil liberties” and “resist oppression and tyranny.”

“Our message is to end the lockdown, reopen business and raise awareness about government overreach and violation of our rights and freedoms,” the group wrote, while stressing they are nonpartisan, and not anti-mask or vaccines. “Our goal is to return to work and reopen Canada.”