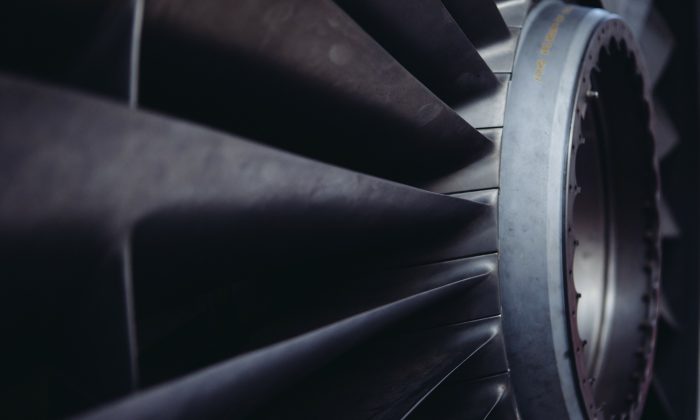 Someone sitting inside an airplane may have snapped a photo of the last day of an airport worker’s job.

The photo shows a man lying inside the plane’s turbine, and what looks like his coworker standing on a luggage cart to snap the picture of him.

Another worker stands nearby with arms folded, looking in the other direction as if he were keeping a lookout for the two taking the photo.

The picture, which has garnered over 10,000 likes in two days, was uploaded to the Instagram account brown cardigan, which describes itself as a “site for sore eyes.”

“Why your flight was delayed,” one Instagrammer commenting on the photo joked.

“I’ve done that before,” added another, with a laughing-so-hard-I’m-crying face.

“The dash 8 has rather small engine cowls….. I’ll try and squeeze in but no promises. Look out for article “idiot pilot tried to get inside engine for selfie,” wrote another.

The man posing for the photo is lucky that the engine wasn’t turned on.

A US Navy was almost killed in 1991 when he was standing near a plane’s engine and got sucked into it.

The man, 21-year-old John Bridget, was checking the launch mechanism on an A63 Intruder on the USS Eisenhower when the force of the engine sucked him in, reported the Mirror. Fortunately, his jacket and helmet flew off before he was all the way in, and caught in the engine.

The footage shows a coworker waving to the pilot to stop the engine after seeing Bridget disappear.

“It took almost three minutes for him to push his way out of the intake after being sucked in, a co-worker of Bridget told the Mirror.

“Needless to say, I don’t think he was seen on the flight deck for the rest of the cruise,” he added.