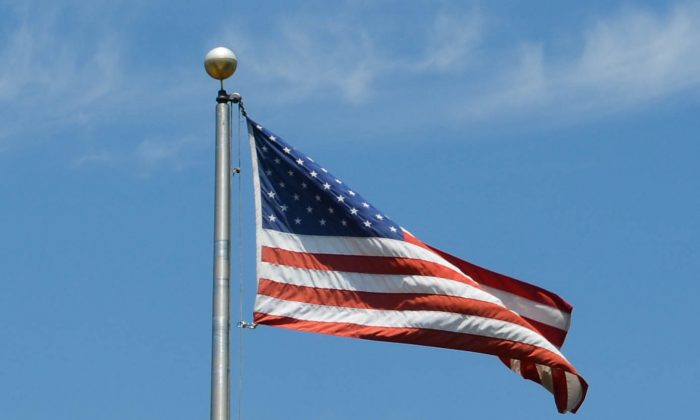 American flag on North Street in Middletown on May 25, 2016. (Yvonne Marcotte/Epoch Times)
US

BARNSTABLE, Mass.—A man has been accused of repeatedly removing police memorial flags from a Massachusetts overpass.

Police say Hickman told them he was a volunteer with the state Department of Transportation and removed the flags because he thought they violated regulations about displays on overpasses.

The department doesn’t have a policy on overpass displays. A department spokeswoman won’t say whether Hickman is a volunteer.

Hickman has been released on personal recognizance. It’s unclear whether he has a lawyer.