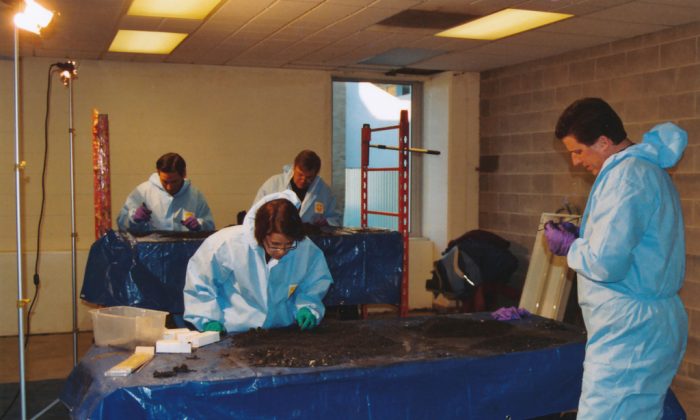 Making a Murderer: Court Documents Suggest ‘Teresa Halbach’s Bones’ Might Not Have Been Hers

A new look at the court transcripts from the trial of Steven Avery, whose ordeals were featured in the hit Netflix documentary “Making a Murderer,” suggests that the alleged bones of Avery’s victim possibly weren’t actually hers.

During Avery’s trial, DNA expert Sherry Culhane testified that the charred bones found in Avery’s yard matched the mitochondrial DNA from the sister of Teresa Halbach, whom Avery is convicted of murdering.

But Lynne Blanchard, of Stop Wrongful Convictions, says that the available forensics evidence used to convict Avery doesn’t add up.

The document describes DNA evidence they found on muscle tissue that was near Teresa Halbach’s alleged shin bone. Blanchard found this completely implausible.

“The DNA evidence described above is not conclusive. How is it even possible for tissue to survive a fire that disintegrated 60% of the bone mass? The teeth which are commonly used to identify a body because they outlast bone didn’t even survive the fire. Something’s wrong and it becomes difficult to accept this evidence as presented,” Blanchard wrote in a blog post.

“No coroner, forensic anthropologist, arson investigator or photographer was called to the scene when the evidence was discovered,” Blanchard wrote. “They had all of these high paid experts at their disposal and didn’t call on them until after the evidence had been shoveled up and taken to the sheriff’s office.”

A popular theory among people who believe that Steven Avery was falsely convicted for Halbach’s murder is that the police and other county employees conspired to frame him.

Avery had been released after spending 18 years in prison for a false rape conviction, and in 2003 filed a $36 million civil suit against Manitowoc County, Wisconsin, for false conviction. In 2005, when Avery was charged with Halbach’s murder, several police officers from the county were still scheduled to testify for Avery’s civil suit.