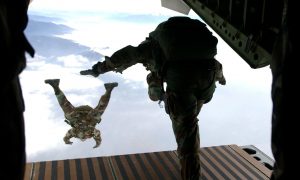 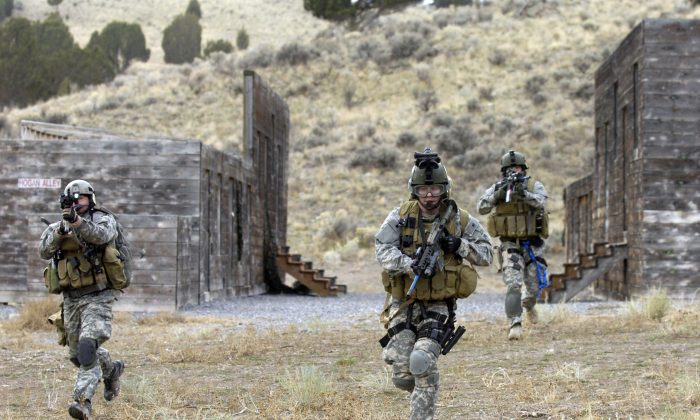 Make ‘Rules of Ranging’ Your Rules for Business: Part 4

This list of combat-proven knowledge isn’t just applicable to the battlefield. In Part 4 of this series, we’ll continue to explore how you can adapt these strategies in your professional daily life.

Rule 10: ‘If the enemy is far superior, the whole squad must disperse and meet again at a designated location. This scatters the pursuit and allows for organized resistance.’

Or ‘Stay lean and limber.’

One of the most important things that an organization can focus on as it increases in size is that it maintains the efficiency and agility of small internal teams. As an organization scales in both size and scope, the risk of bloat becomes a very real threat. While there is indeed strength in numbers, there can also be an inherent weakness in mass and density, when individuals become lost in a bureaucratic monolith.

In the initial phases of Special Forces training, the focus is on developing skills as part of small units. This baseline training is what enabled 12-man teams to overthrow the Taliban in a matter of days; on the other side, nearly two decades later, the massive Department of Defense is still trying to figure out an exit strategy. If you empower your teams to do their jobs in the manner in which they know to be the most efficient, they’ll drive the results that allow everyone to succeed. If the idea of doing this makes you uneasy, the problem is you. Ask yourself: Why aren’t you focusing on hiring and cultivating subject matter experts before the moment of crisis?

In moments of crisis, when command and control from higher echelons is unavailable, your teams need to know what to do in order to still accomplish individual missions. Give them big-picture guidance and get out of the way of their success. This type of culture ensures that while turmoil may be disrupting organizational operations and communications, your people are still driving you forward toward success.

Or ‘Cross-training is resiliency training.’

Cross-training is the antidote to structural weaknesses that result from operational silos. It also builds cross-functional agility into organizations, which, in turn, results in anti-fragility. Not only should you encourage everyone to understand the jobs of the people two levels above, everyone should understand the basics of what other disciplines do inside your organization.

It’s not about every individual being able to function perfectly in multiple roles, but rather about having the institutional knowledge to help out and fill in when things go sideways. The loss of a team member cannot be a death sentence for an organization; figure out what triage looks like before you need it. If you don’t know your vulnerabilities, I can guarantee you that inside your organization, there are multiple “single points of failure.” Find it before someone finds it for you.

Rule 12: ‘If a rally is used after a retreat, make it on the high ground to slow the enemy advance.’

Or ‘Live to fight another day (and make the other guy pay dearly).’

One of the greatest moments of panic on the football field is when your team fumbles the ball. Good teams know how to immediately pivot and adjust in order to recover control of the situation; weak teams flail and act as individuals with no clear course of action. While I’m also tired of sports analogies for every business situation, this one just fits.

In Rule 11, we discussed how to train your team to respond in different roles until this control is regained. However, the truth is that sometimes, you don’t recover the fumble and you find yourself on the defense before you expected it to happen.

Not only do you have to plan and prepare for the most dangerous course of actions, your people need to know how to react in an organized and cohesive manner. When panic sets in, it becomes almost impossible to conduct a tactical withdrawal: Everyone starts running away, in all directions, and organizations rapidly dissolve. The solution to this is a “fall-back plan.” Panic is minimized and fear reduced when everyone knows what their rally point is.

“In the case that the absolute worst-case scenario occurs, you and your team are going to immediately take these actions” is an empowering sentence that lets everyone know that we’re all ready for the “unthinkable.” People tend to remain calm when they know that there’s still a plan in place to get them to the “higher ground” so they can live to fight another day.