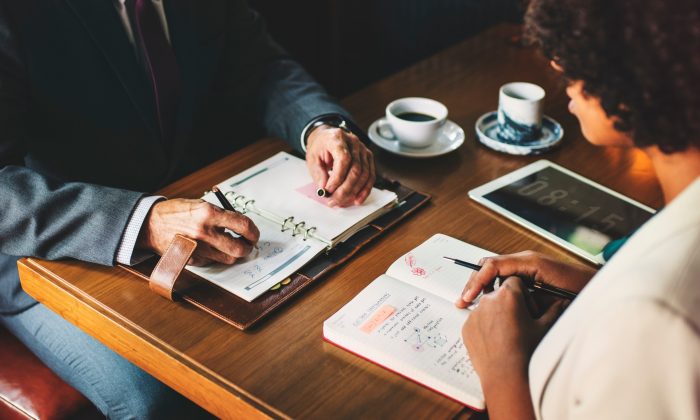 Having a contingency plan means you're always ready to face any challenges in your business. (RawPixel/Unsplash)
Viewpoints

Embrace the Chaos (By Planning for It)

Shortly after its founding on Dec. 1, 1989, the United States Army Special Operations Command (USASOC) published a list of 12 Imperatives for Special Operations Forces (SOF). They are intended to streamline and assist in operational planning for the most elite military fighting units in the world.

However, these SOF Imperatives have huge benefits outside of just a war college or team room; these guidelines can have immense value for your organization and in your boardrooms, if you leverage them wisely.

I’ve already written about the first Imperative, but for this article, I’m jumping a little further down the list, to the ninth bullet point.

The great thing about these SOF Imperatives is that they don’t have to be applied to every operation: They’re not a checklist; they’re additional tools to put in your toolbox. Employ them if they apply; keep them in reserve if they don’t. So, if you’re a “check-the-box” type of leader, close out of this article and go find a feel-good post on LinkedIn; this article isn’t for you.

The ninth SOF Imperative is one of the most powerful on the list: “Develop multiple options.”

If I was forced to identify one singular thing I learned to fully embrace while I had the privilege of serving on a Special Forces team, I would point to this simple but vitally important maxim.

The U.S. Army, in its Special Operations manual, writes about this imperative as the idea that “SOF must maintain their operational flexibility by developing a broad range of options and contingency plans. They must be able to shift from one option to another before and during mission execution, or apply two or more simultaneously, to provide flexible national and regional options.”

If you take away that the dry prose that is military technical writing, what developing multiple options means is that you give your team the highest chance of both mission success and operational survivability.

On the battlefield, this is quite literally the difference between life and death; in the corporate world, the stakes are less bloody but just as real for the people on your payroll.

Anybody who has been there when “it” hits the fan learns to appreciate the simple things, such as multiple options and some flexibility, because that equals agility and maneuverability.

More often than not, these multiple options aren’t happy accidents that divine providence sends your way at just the right time, but rather the result of deliberate planning and coordination. Or, as the British Army says, Proper Planning and Preparation Prevents Piss-Poor Performance (aka, the 7Ps). Myself, I have always preferred General Patton’s more graphic hyperbole of, “An ounce of sweat will save a gallon of blood.”

At the end of the day, it’s not about being able to predict every single potential catastrophe, despite what your risk-analysis team is telling you. It’s about realizing that the best-laid plans will go south most of the time, so you better have contingency plans in your back pocket.

It’s no coincidence, then, that members of U.S. Special Operations have been referred to as “Masters of Chaos.”

During one of my combat deployments to Afghanistan, I worked in an operations slot at a higher command level. This organization was supporting multiple Army and Navy SOF teams that were running complex operations across the largest area of operations in the combat theater.

For our motto on this deployment, we chose the Latin phrase, “Ordo ab Chao,” which roughly translates as “Order out of Chaos.” We knew we couldn’t eliminate all of the static, smooth all the edges, or slow things down. We had no choice but to lean into it, knowing our best-laid plans would fall apart the moment that the lead started to fly. By preparing for this in advance, we eliminated the anxiety of uncertainty by having multiple layers of options that would increase the chances of our success, and minimize the threats, as much as humanly possible.

When it comes to planning for the unknown, you have to embrace developing contingency plans as part of your regular planning process. At an absolute minimum, you must evaluate the most likely course of action and the most dangerous course of action. In other words, what are the best-case and absolute worse-case scenarios?

Have a plan for a walk in the park, but also be prepared to run a marathon at a moment’s notice. Like Mike Tyson said, “Everyone has a plan until they get punched in the mouth.” In other words, be ready to respond accordingly and don’t assume you’re ever in for a smooth ride.

One of the secrets of what makes a Special Forces operator so much more elite than your “General Issue” soldier isn’t their extensive advanced skills, but rather their mastery of basic skills. This is true in any vertical where there is a clear delineation between “gods” and mere mortals.

Professional football players drill on the basics every time they practice, and they do it at a level where they execute perfectly and consistently. You don’t become the best by skipping practice when you don’t feel like it. It doesn’t matter how mundane your task is, start developing multiple options. Do it in the small things now, and expect your team to do the same, so when it’s time for the “Big Show,” you’re already looking at all your options without realizing it.