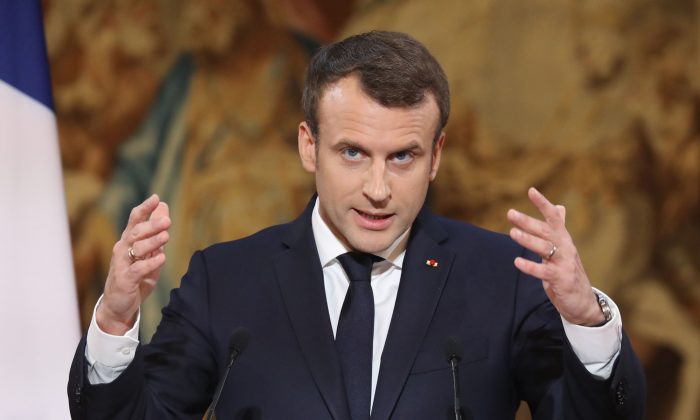 PARIS—France has told its diplomats and foreign ministry officials to postpone indefinitely all non-essential travel to Iran, citing a foiled bomb plot and a hardening of Tehran’s attitude towards France, according to an internal memo seen by Reuters.

Any hardening of relations with France may have wider implications for Iran. France has been one of the strongest advocates of salvaging a 2015 nuclear deal between Iran and world powers, which President Donald Trump exited in May.

Iran’s economy has been hammered by the prospect of the re-imposition of U.S. sanctions that had been lifted under the deal. European countries, including France, have pledged to try to soften the economic blow, but have been unable so far to persuade their firms to defy Washington and stay in Iran.

French oil and gas major Total and its carmakers PSA and Renault have led an exodus of European companies from Iran, fearful of the extra-territorial reach of Washington’s sanctions.

The memo cites a foiled plot to bomb a rally held by an exiled Iranian opposition group near Paris that was attended by Trump’s lawyer Rudy Giuliani as a sign of Tehran’s more aggressive stance towards France.

“The behavior of the Iranian authorities suggests a hardening of their position vis-a-vis our country, as well as some of our allies,” Maurice Gourdault-Montagne, the ministry’s secretary general, wrote in the notice dated Aug. 20.

“Given the known security risks … all departmental officers, whether from headquarters or [overseas] posts, are required to defer until further notice, except for urgent work, any travel plans in Iran,” Gourdault-Montagne added.

The instructions also were relayed to officials in government departments outside the foreign ministry to be shared with staff who intended to travel to Iran, a separate memo obtained by Reuters showed.

The French foreign ministry declined to comment on the memo or say whether embassy staff had been asked to repatriate their families.

Iranian officials at the Embassy in Paris didn’t respond to a request for comment on Aug. 28, but Iran’s Foreign Ministry spokesman said on Aug. 29 that Iran should be vigilant against “enemies” trying to affect ties between the countries.

“The relations between Iran and Europe, especially Iran and France, have some enemies, and we should be vigilant against their actions,” Bahram Qasemi was quoted as saying by the state news agency IRNA. “The restriction on the French diplomats’ travel [to Iran] is not correct.”

France’s latest travel advisory for its citizens, published May 10, cautions against visitors entering Iran with electronic equipment such as drones and walkie-talkies and taking too many photographs.

The memo underscores how confidence in the Tehran government has eroded in Paris, as relations between the two become increasingly strained, even as President Emmanuel Macron talks up preserving the nuclear accord.

Iran has said it had nothing to do with the alleged plot to attack a National Council of Resistance of Iran (NCRI) meeting on June 30. Germany has detained an Iranian diplomat based in Austria.

Belgium, where the plot was uncovered, has sought the diplomat’s extradition.

French officials haven’t commented on the matter but diplomatic sources have said privately that if Iran’s involvement were proven, then it would be difficult for France not to react strongly.

Since pulling out of the nuclear accord, Trump has expressed a readiness to negotiate a new deal while warning Tehran of dire consequences “the like of which few throughout history have suffered before” if it threatens the United States.

It was Macron who led efforts to persuade Trump to stick with the agreement, arguing it was the best means Western powers had to check Iran’s nuclear activities.

Rouhani on Aug. 27 urged the remaining signatories to the nuclear agreement to act to save the pact. While Macron reiterated France’s commitment to maintaining the accord,  Europe’s leaders have appeared powerless to prevent the U.S. sanctions from inflicting pain on Iran’s economy.

The ministry memo said any staffer who traveled to Iran for personal reasons wouldn’t be shielded by diplomatic immunity, even if holding a diplomatic passport. It made specific reference to tourism and language classes.

Britain’s foreign ministry said its advice on Iran to diplomats was the same as to the British public. It flags the risks of terrorist attacks and arbitrary detentions, and advises against all travel to the frontiers with Iraq and Afghanistan.