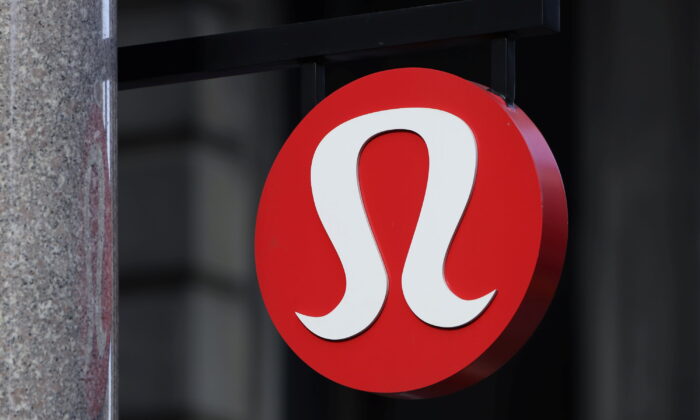 The logo for Lululemon Athletica is seen at a store in Manhattan, New York, on Dec. 7, 2021. (Andrew Kelly/Reuters)
Business & Markets

Lululemon Athletica Inc on Thursday raised its annual profit and revenue forecasts to above analysts’ estimates as affluent customers snap up its new belt bags, golf and tennis clothing, sending its shares up 10 percent in extended trade.

Higher-income consumers have largely shrugged off the impact of inflation to spend on discretionary goods including apparel and bags, buoyed by their savings during the lockdowns.

There has been no meaningful shift in customers’ spending behavior, Lululemon top boss Calvin McDonald said on the earnings call.

The company has also tapped into its loyal customers by launching fresh styles, entering categories including footwear and expanding its men’s line to sustain its athleisure-led pandemic sales boom, outperforming peers Athleta and Sweaty Betty.

Analysts have also said discounts at Lululemon, which has a relatively fresh stock, have risen only marginally in recent weeks while its peers have cut prices sharply to boost overall sales and also offload out-of-style inventory.

“Lululemon remains predominantly a full-price business, and we have not changed our promotional cadence or markdown strategy and we have no plans to do so,” McDonald said.

Lululemon said it has planned several launches in the coming weeks, including footwear and bags, as Chinese vendors ramp up production after easing of COVID-19 curbs put in place earlier this year.

The company raised its earnings and revenue forecast for 2022 to above market estimates.

Adjusted per-share earnings of $2.20 also topped estimates of $1.87, according to Refinitiv data.