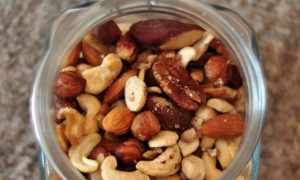 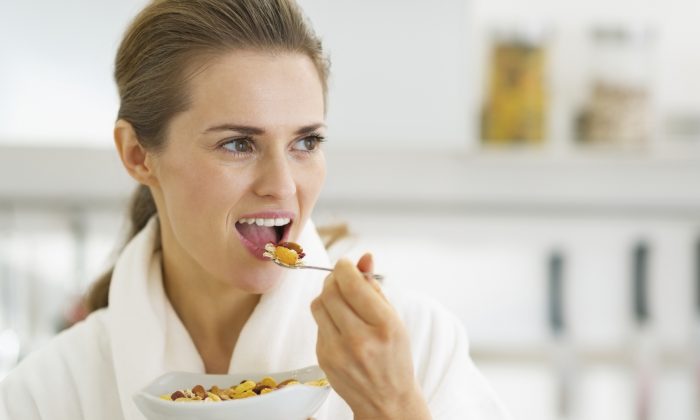 That crunch! The sweetness, the satisfaction…Nuts are a worthy snack if there ever was one. They’re versatile, too. You can grind them up and spread them over a sandwich. Smoke and salt them for a hearty snack. Turn them into milk, yogurt, ice cream…What’s not to love?

While our low-fat obsession that began in the 1980s made nuts one of the perceived nutritional no-nos, consistent research now shows that nuts have many benefits including being loaded with omega-fatty acids and providing antioxidant cellular prevention. These omega-fatty acids are critical for healthy brain function, heart health and provide a myriad of other  benefits to the body including decreasing inflammation and aiding in the maintenance of healthy skin. And now, there’s new evidence that points to even more reasons to regularly eat nuts.

According to recent research that was presented at the 6th International Congress on Vegetarian Nutrition, Purdue University’s Professor of Foods and Nutrition, Dr. Richard Mattes stated that those yummy, fat-filled protein-rich nuts can actually help reduce your risk of developing obesity. Imagine that.

Mattes claims that nuts can actually suppress both the appetite and the brain’s desire for food, which can lead people to overeat even when they’re full. Plus they’re energy-packed, which can impact the way your body adjusts your intake of calories throughout the day. Mattes suggested that a 100-calorie serving of nuts in the morning could decrease your calorie consumption by as much as 75 calories later in the day. This could be due to the filling nature of nuts, but more research is needed on this particular point.

Another interesting point that Mattes discussed referred to how we’re commonly “overstating” the calories in nuts by as much as 20 percent because of the frequency of partially undigested nuts leaving the body. Mattes says these pieces can contain calorie-rich fats that are still intact due to the rigid cell membranes that lock in the lipids.

Why Nuts Don’t Make You Fat

Mattes also suggested another possible reason to eat nuts, in that it could result in an increased resting metabolic rate, which ultimately could keep your blood sugar levels from spiking.