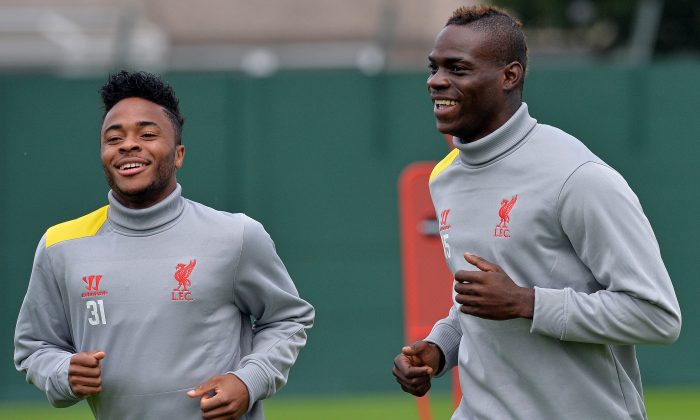 Liverpool and Ludogorets are scheduled to play in a UEFA Champions League match on Tuesday, September 16.

The game will be broadcast on ITV 1 UK, STV Scotland, and UTV in the United Kingdom, and Voyo Sport and bTV Action in Bulgaria.

The game will also air on Fox Sports 2 USA in the United States.

Liverpool are 2/9 to win the match, as compared to 17/1 for Ludogorets, according to OddsChecker.

See an AP preview of this week’s Champions League action.

Few teams can be as happy as Real Madrid and Liverpool that the Champions League is finally starting.

For defending champion Madrid, it’s a chance for some respite after back-to-back losses in the Spanish leaguethat have led to fans jeering the team.

For Liverpool, it’s a return — after five years away — to a competition the club has won five times and regards as its natural habitat.

Madrid opens the defense of the trophy at home to FC Basel and Liverpool hosts Ludogorets Razgrad, one of two newcomers to the Champions League this season.

Here are some things to know ahead of Tuesday’s games in Group B:

Madrid spent the off-season basking in becoming European champion for a record-extending 10th time, after beating Atletico Madrid 4-1 after extra time in May.

But then the new season started — and the problems did, too.

Madrid lost to Atletico in the Spanish Super Cup last month. Carlo Ancelotti’s side then collapsed 4-2 at Real Sociedad in the league and followed it up with a 2-1 loss to Atletico at home on Saturday.

Angry fans are already showing their displeasure and have especially targeted goalkeeper Iker Casillas, who has been under increasing pressure since his poor performances for Spain at the World Cup in Brazil.

Madrid’s high-profile signings, James Rodriguez and Toni Kroos, have also been disappointing, causing some to lament the exit of established midfielders Xabi Alonso and Angel Di Maria during the off-season.

“We have had a poor start but we have players who can turn this around,” Rodriguez said Monday. “We shouldn’t be alarmist, either. The season is just beginning … Tomorrow is a good opportunity to start winning.”

As Madrid aims to be the first team to retain the trophy in the Champions League era, it can look to the visitors’ bench for inspiration against FC Basel.

Basel coach Paulo Sousa played on back-to-back winning teams in 1996 and 1997 — first with Juventus, then with Borussia Dortmund against his former club.

That puts the former Portugal midfielder in elite company since the European Cup was rebranded as theChampions League in 1992.

Gerard Pique got winner’s medals with Manchester United in 2008 and Barcelona the next year, but was not included in Man United’s squad for the final against Chelsea.

Sousa makes his debut as a coach in the Champions League groups on Tuesday. He lost in the qualifying rounds with previous clubs Videoton and Maccabi Tel Aviv, which was eliminated by Basel last season.

One of the biggest wrenches for Liverpool during the club’s recent fall from grace was the absence of Champions League football.

European nights at Anfield have a big place in Liverpool’s history, from the late 1970s and early ’80s when the club was the most successful on the continent to the period from 2005-07 when Liverpool won one Champions League final and reached another.

Only two teams — Madrid and AC Milan — have been European champions more times than Liverpool, which was last in the Champions League in the 2009-10 season.

“For our new signings, I’m sure they will know before kickoff on Tuesday that a European night at Anfield is a bit different because the support will be phenomenal,” said Liverpool captain Steven Gerrard, who lifted the trophy in Istanbul nine years ago. “They have got to enjoy it. It’s what football is all about and where every player wants to be.”

Liverpool manager Brendan Rodgers is having to juggle the Premier League with the Champions League this season, having bolstered his squad during the off-season to cope with fighting on both fronts.

Rodgers rested Raheem Sterling against Aston Villa on Saturday and Liverpool lost 1-0 in a match in which it was also without the injured Daniel Sturridge.

On paper, Liverpool couldn’t have asked for a kinder reintroduction to life in Europe’s elite.

Then again, it’s always dangerous to write off Ludogorets Razgrad. Who can forget the way the Bulgarian team qualified for the group stage for the first time?

In the second leg of its playoff against Steaua Bucharest, a Ludogorets defender — Cosmin Moti — saved two penalties in a shootout win after the team’s goalkeeper, Vladislav Stoyanov, was sent off late in extra time.

Stoyanov will be suspended for Tuesday’s game, when Ludogorets become the second Bulgarian club to play in the group stage of the Champions League after Levski Sofia.

Only three years ago, Ludogorets was in the Bulgarian top division for the first time.

“No one could write a story like this,” Moti said on UEFA.com. “This is incredible, a dream.”