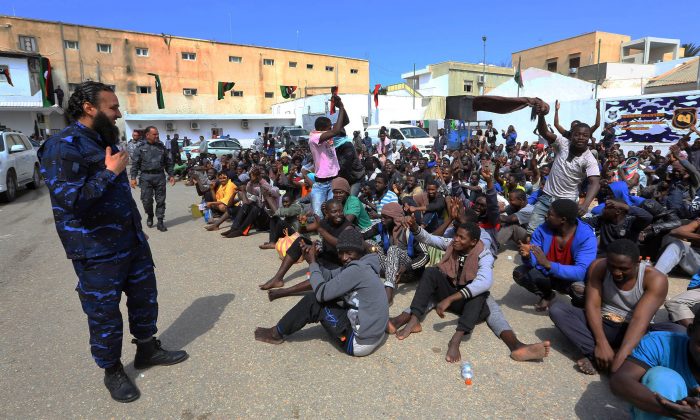 African migrants gather at the Tripoli branch of the Anti-Illegal Immigration Authority, in the Libyan capital on March 23, 2017. (MAHMUD TURKIA/AFP/Getty Images)
International

More than a hundred illegal migrants from Gambia were sent home on Tuesday (April 4) from a Libyan airport, part of the International Organization for Migration’s (IOM) voluntary return programme.

The programme puts illegal migrants who end up in Libya on a one-way flight back to their home countries.

The migrants who are mainly from Africa, arrive in Libya as they attempt the voyage across the treacherous waters of the Mediterranean sea to European shores.

Most migrants are placed in detention centres across the capital Tripoli, with some requesting assistance to return to their home countries.

This year, 1,795 migrants have already been sent back, and another 5,000 are seeking assistance to return. The agency has received a higher rate of requests since late 2016, according to the head of the IOM mission in Libya.