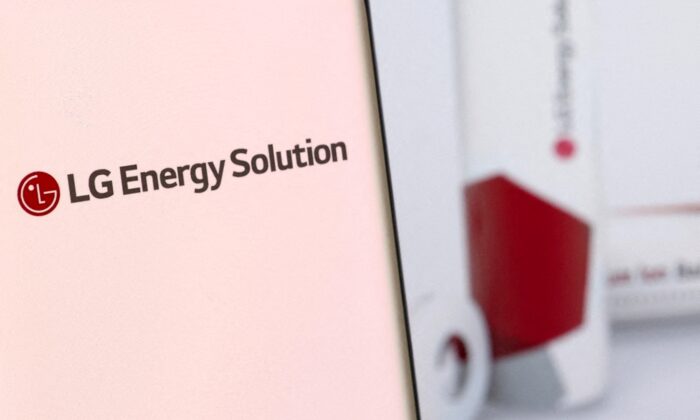 LG Energy Solution's logo on a smartphone in front of their website in a photo illustration taken on Dec. 4, 2021. (Dado Ruvic/Illustration/Reuters)
Business & Markets

SEOUL—LG Energy Solution (LGES) said on Monday it will invest 730 billion won ($567.76 million) to expand its production capacity at its Ochang production site in South Korea.

The South Korean battery maker, which counts Telsa Inc., General Motors Co., and Volkswagen AG., among others as customers, said it planned to invest 580 billion won to add 9 giga-watt hours worth of production capacity of 4680 cylindrical batteries at its No.2 Ochang factory.

LGES also said it would invest 150 billion won in the No.1 Ochang factory to add 4 GWh worth of production capacity of 2170 cylindrical battery cells.

The new lines at the Ochang production site would be ready for mass production by the second half of 2023, the company said in a statement.

In March, LGES announced a plan to invest 1.7 trillion won to build a battery factory in the U.S. state of Arizona by 2024 to meet demand from North American customers.

The company’s Arizona factory is set to make cylindrical cells, a type of battery that has been used in Tesla and Lucid vehicles.