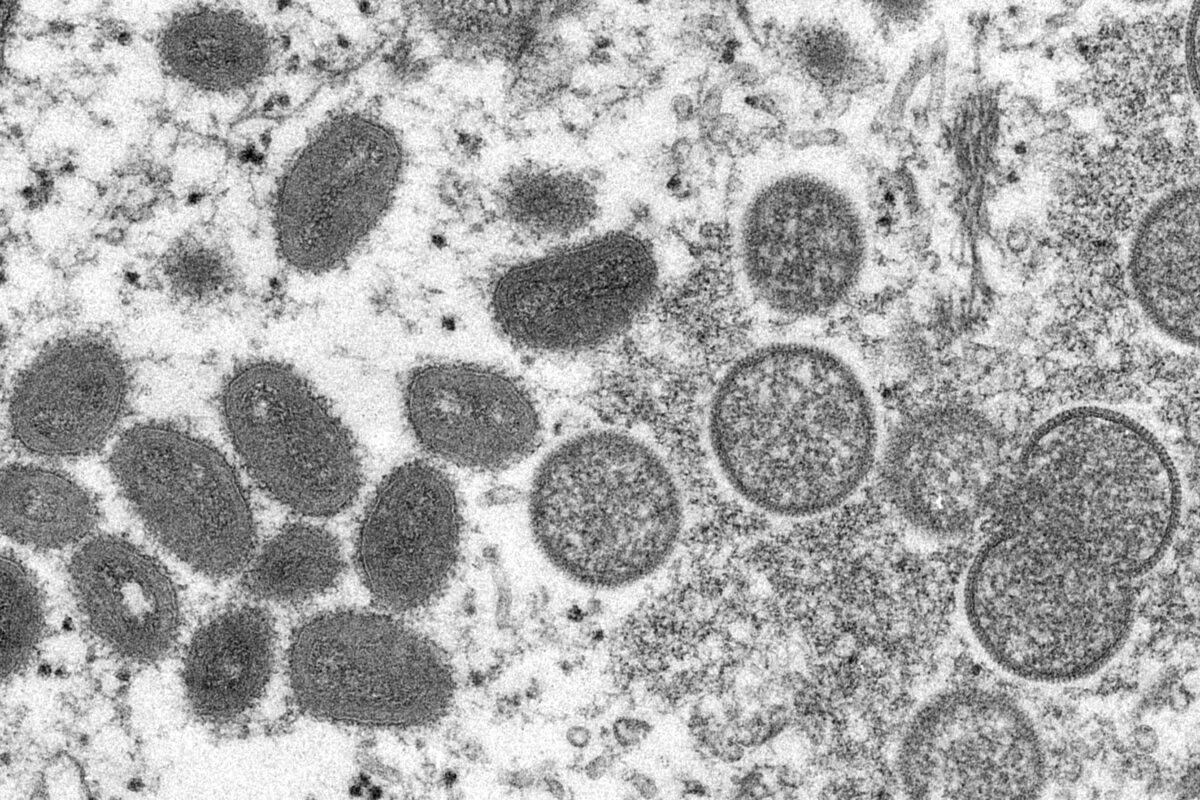 UK Health Security Agency also warned that the monkeypox outbreak continues to grow and cases remain primarily in gay, bisexual, or men who have sex with men (MSM).

There is more evidence showing that the monkeypox virus is spreading through sexual contact. Many symptoms are similar to those of sexually transmitted infections.

A paper published in the British Medical Journal found all infections have mucocutaneous lesions. In addition to the most common systemic symptoms of fever, lymphadenopathy, and myalgia, other symptoms include rectal pain, penile swelling, and oral lesions, all of which are symptoms of sexually transmitted diseases.

A portion of those infected with monkeypox have concomitant sexually transmitted infections. For example, a paper published in Infection describes a 40-year-old male who went to the hospital with a red spot on the tip of his nose. It was initially thought to be a sunburn. But within three days, the skin in the nasal area progressed to necrosis. In parallel, typical monkeypox virus lesions (confirmed by PCR) appeared on the whole body with serious infection of the penis and oral mucosa.

The patient had never been tested for sexually transmitted diseases (STD) before. Further tests revealed that he had an advanced HIV infection.

Other statistics show that 35.5 percent of those who were infected with monkeypox virus are HIV positive. About one third of monkeypox virus infections also have other sexually transmitted infections, such as gonorrhea (Neisseria gonorrhoeae), chlamydia (Chlamydia trachomatis), herpes, and syphilis (Treponema pallidum).

Monkeypox Virus and HIV Infect the Same Group of People

In fact, sexual minority groups are exposed to bigger health risks. As mentioned in the aforementioned article, over one third of people infected with monkeypox also are HIV positive, which is another huge health threat.

According to CDC statistics in 2020, 68 percent of HIV virus infection happened among men who have sex with men.

Another high risk group for HIV infection is transgender women. The risk factor of this group is 49 times that of the general population. This might be because the sex reassignment surgery could damage the immune system making the person more susceptible to virus.

Some people argue that the mentioning of these statistics is discrimination against the sexual minority group. But, in fact, only by objectively discussing the potential health risks can the public protect themselves better. This is a responsible approach to public health.

We are obligated to remind the public, especially the youth, about the risk factors in different forms of sexual behaviors and the transgender procedures, just as it’s important as reminding children to wash their hands before eating.  Many people feel that it is politically correct to not talk about the health risks specifically for LGBTQ people.  However, it is bona fide negligence or discrimination and violation of ethics rules to intentionly hide, or not inform of the health risks related to these communities or anyone who intends to make a similar choice of lifestyle.  NOT telling the facts will harm people more.  A good medicine might taste bitter.

In addition to monkeypox and HIV, there are other diseases that can easily transmit through male-to-male sexual contact.

There are many types of HPV, some of which are hard to cure. Even though there are drugs and vaccines for it, they don’t provide complete protection.

Male to male sexual contact brings much higher risk of contracting gonorrhea and syphilis. CDC statistics on syphilis cases in the United States from 2007 to 2013 shows syphilis infections increasing among men who have sex with men.

A survey done with 1,925 lesbians from all 50 states showed that about three fourths had received counseling at some time during the past year, and half had done so for reasons of sadness and depression. About half were not able to perform normal daily activities due to mental issues. More than one third of the participants had depression and 21 percent had suicidal thoughts.

Is Sexual Orientation Determined by Genetics?

The physical and mental health issues among sexual minority groups are more severe than what the public know about. Many conditions plague the person for life.

To truly respect life, we must face these issues and tell people the truth. Our society is still lacking when it comes to educating our youth about these issues.

So, what determines a person’s sexual orientation?

Many think that genetics determines a person’s sexual orientation and can’t be changed. But a report in Science magazine refutes this notion.

The report analyzed three independent studies and concluded that even though five autosomal loci were found to be associated with same-sex sexual behavior, there is not a single gene found to determine the sexual orientation of an individual.

Moreover, sociocultural influences on sexual preference might interact with genetic influences. A person’s postnatal selections, habits, behaviors can also have an influence. To certain extent, a person’s intention and thoughts can also influence sexual orientation.

So, a person’s sexual orientation is determined by a complex combination of factors, and not by a single gene expression. Many media reports ignore this point, the same way they ignore the health issues of this group of people.

To the public, especially the youth, before they make a big decision such as changing their sexual identity, it is very important for them to know the risk factors associated, either short term, long term, physical, or mental.  Parents, teachers, media agencies, and community advocates are all obligated to educate the public about the health risk factors in this issue.