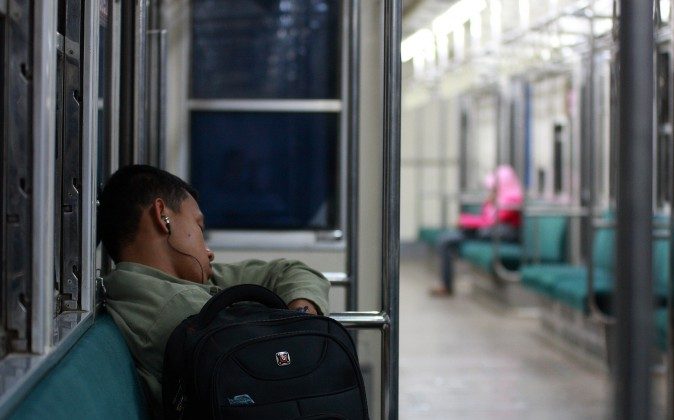 Let the Body Rest, for the Sake of the Brain

Sleeping in is treated as a cherished luxury—it’s somehow become normal that people wake up still exhausted, and anything but is a notable exception.

Rising before the body wants to affects not only morale and energy, but brain function as well.

“The practice of going to sleep and waking up at ‘unnatural’ times could be the most prevalent high-risk behavior in modern society,” writes Till Roenneberg, a professor of chronobiology at the Institute of Medical Psychology at Ludwig-Maximilians University in Munch.

In fact, according to Roenneberg’s groundbreaking study in Current Biology, about one-third of people living in first-world countries are required to wake up two hours before their circadian clocks, or “natural waking times,” tell them to, and 69 percent of people have to wake up one hour before their bodies would like them to.

Getting less than five hours of sleep a night makes people dumber and less able to concentrate, and it can make people more susceptible to false memories, according to a new study published in the September issue of Psychological Science.

Getting less than five or six hours of sleep has also been connected to the inability to learn motor sequences. So before learning to play piano, first focus on getting proper sleep.