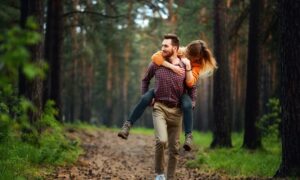 Feldenkrais is a method of movement that uses very subtle, sometimes imperceptible or even imaginary gestures to rewire the brain in profound ways. It is a healing modality and is used by performance artists and athletes to enhance performance.

Feldenkrais is widely recognized among today’s neuroscientists as being ahead of the curve in his understanding of human development and the brain’s neuroplasticity. He applied his scientific understanding and extraordinary intuition to develop a unique method of healing the mind and body.

For example, in one case, Feldenkrais helped a child named Elizabeth, who was born missing a third of her cerebellum, which regulates motor control. According to the account of Dr. Norman Doidge, who wrote about her in his best-selling book “The Brain’s Way of Healing,” after a year of conventional therapies, the only movement she could do was to roll onto one side.

Her doctors gave up and predicted she would require institutionalization due to severe motor and cognitive impairment. Fortunately, her parents persisted in looking for help and were eventually led to Feldenkrais. He offered a gentler approach, joining Elizabeth at her level of development as opposed to forcing her to try to do things like sit up.

He helped Elizabeth learn to crawl and hold her head upright in her first two sessions. After many years of hard work with Feldenkrais, Elizabeth proved all the conventional doctors wrong and is now married and runs a small business.

So whether it’s swinging a golf club, playing an instrument, improving a dead lift or yoga pose, or even something as simple as learning to knit with less effort to reduce strain on your hands, the Feldenkrais method of movement can help you improve.

This is the first of a four-part series that will explore a few basic lessons and principles of the Feldenkrais Method and help you build awareness through movement.

“If you know what you are doing, you can do what you want!” This is one of my favorite quotes by Feldenkrais; it captures the spirit of the method. On that note, let’s begin a lesson.

The pelvis is essentially the center of our skeleton. With training, one can learn to access and channel power from the pelvis into any part of the body. In this lesson, we will explore some simple movements of the pelvis while lying on the floor; however, this lesson can also be performed seated or in bed.

Movements should be performed with minimal effort and with no pain or strain. Take frequent rests to enhance brain learning. Set aside at least 10 minutes to complete this lesson. Take your time and enjoy the process.

Matt Leve is a physical therapist and Guild Certified Feldenkrais Practitioner at Shift Integrative Medicine in Manhattan. He incorporates principles of physical therapy, The Feldenkrais Method®, tai chi, and aikido to help clients achieve optimal performance and self-organization. For questions, email him at Matt@Shift.nyc. For more information, call 212-604-1316.

About the The Feldenkrais Method®

Born in Ukraine in 1904, Moshe Feldenkrais was a physicist, judo master, and an individual deeply interested in the nature of learning and human consciousness. The method of movement he developed helps people transform the way they move, relieving stresses they habitually place on their bodies by reducing unnecessary muscular effort.
The method is conveyed either with gentle hands-on manipulations by a practitioner or with structured group Awareness Through Movement® (ATM) lessons in which students are verbally guided in a set of particular movements. These lessons have a unique emphasis on purposeful, slow, and gentle movement, which is thought to enhance sensory learning. As you do this lesson, think about “doing less” or “reducing effort.”
TOP NEWS