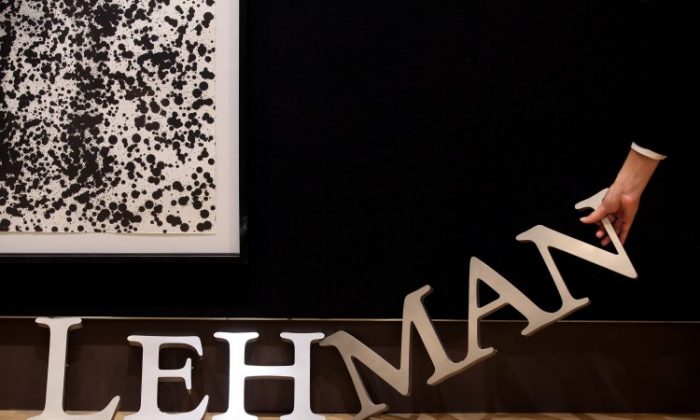 NEW YORK—Lehman Brothers Holdings Inc., the remnants of the failed investment bank, announced its exit from bankruptcy protection on Tuesday, and will commence repaying creditors.

The holdings company, administered by lawyers and consultants, will begin liquidation and repayment of creditors. According to estimates, a total of $65 billion could be paid out, beginning with a lump sum payment of $10 billion over the next six weeks.

“We are proud to announce Lehman’s exit from Chapter 11 and entrance into the final stage of this process—distributions to creditors,” said John Suckow, a managing director at consulting firm Alvarez & Marsal, and acting president and COO of Lehman overseeing its liquidation, in a statement. “Our objective remains to provide the best results possible for creditors—by continuing to strategically position assets to produce strong values, to pursue the resolution of disputed claims and other matters in litigation, and to manage expenses in line with the asset disposition process.”

Suckow said that a board of directors would oversee the liquidation process, which was approved by the courts last December. A full liquidation involves settling all of Lehman’s liabilities, and currently the total tally of creditor claims amount to more than $450 billion.

Lehman, at one time the nation’s fourth largest investment bank, collapsed in September 2008 and triggered a domino effect sending the United States into a financial crisis and the deepest recession since the 1930s. The company and its then-CEO Richard Fuld were portrayed as the poster child of the financial crisis.

Lehman’s pain has turned out to become its advisors’ gain, as the biggest bankruptcy in corporate history has generated hefty fees for lawyers, consultants, and accountants managing the bankruptcy process.

According to court documents, Lehman’s bankruptcy has generated fees of almost $1.6 billion, with the bulk of it—more than $500 million—going to Alvarez & Marsal, the restructuring consulting firm overseeing the Lehman estate.

Lehman’s lawyers, Weil, Gotshal & Manges LLP, will also receive a large amount, as will the law firm Milbank, Tweed, Hadley & McCloy, which is advising the creditors.

The bankruptcy is already the costliest in corporate history. Last year, it already surpassed the previous high of $757 million in fees from energy trading firm Enron Corp.’s collapse.