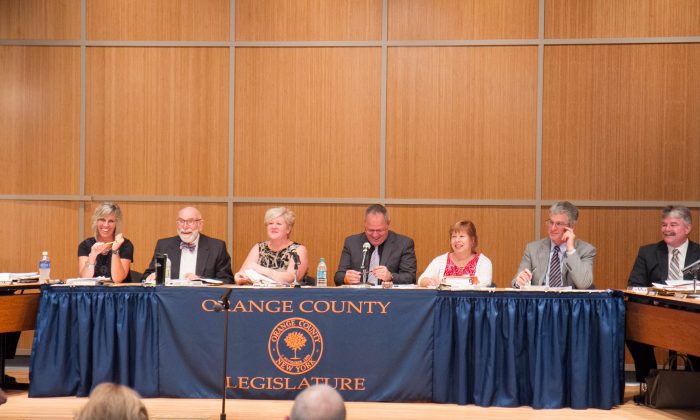 GOSHEN—The Orange County Legislature approved a resolution on September 1 to preliminarily make the county the lead agency on the Heritage Trail extension.

This means the county, pending the state’s approval, will spearhead the State Environmental and Quality Review (SEQR) process, which has already been put into motion by the Planning and Parks and Recreation departments of the county.

The county has filled out Environmental Assessment Forms (EAF) for the three portions of the trail extension: one from Goshen to Hartley Road, one from Hartley Road to Middletown, and one from Middletown to Howells.

These EAFs will be sent to the relevant state agencies, which have 30 days to send them back with feedback, as well as approve or object to the county becoming lead agency.

“Typically there are no objections,” said Antoinette Reed, who is Legislative Council to the County.

If it is approved by the state, it will come back before a vote in the legislature in about two months, she said.

Once the SEQR process is complete, the issue of funding will be addressed.

The current estimate for the cost to extend the trail through Middletown is $12 million.

It is hoping for another $2.7 million in state grants, which, if awarded, would cover the county’s remaining 10 percent share if the estimate is accurate.

County Executive Steve Neuhaus has also been brainstorming other ways to fund the extension of the trail, the biggest roadblock to moving it forward at this point.

He says he has been in contact with a couple of companies that are interested in sponsoring it, one in the healthcare industry and one in the food industry, he said.

“If they can give us a half a million dollars—and these companies can write that off… it’s a win-win,” Neuhaus said.

He says he is also planning to take it to the Industrial Development Agency (IDA) which has the power to lower or exempt a project from taxes if it sees it is in the economic interest of the community. Neuhaus said that the project is a good candidate for IDA support.

“It is a tourist attraction, so I think it meets the parameters for the IDA,” he said.

The extension would add another 10 miles to the 11.5 mile trail that currently runs from Goshen to Monroe. When complete, the 10-foot wide path would follow the Erie Railway tracks from Goshen to Middletown, a project that has been over two decades in the works.