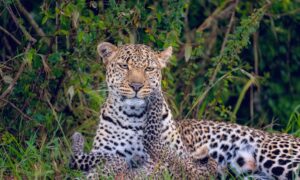 It can be said that innovation and performance at Apple Inc. (NASDAQ:AAPL) over the last few years has been one of the market’s biggest disappointments. Apple’s consistent inability to expand on its previous successes and maintain its place of central focus in the media consciousness has contributed to discouraging trends in its consumer space and a sharp fall-off in stock prices from the 2012 highs. Of course, it can be said that markets have stabilized since then and that the expectation for long-term downside is limited, and the latest earnings numbers support this outlook — at least for the time being.

But what is most important about Apple’s latest market beat is the fact that this will buy Tim Cook, the company’s widely-criticized CEO, some added time to restore the market’s confidence and make good on his seemingly constant pledges to release plans to enter into a new product category. Cook is well aware of the questions hanging over the company, but so far, has done little to convince the market that Apple is still capable building on the success of its iPhone and iPad releases (from 2007 and 2010). In recent interviews, Cook has deflected pointed questions and attempted to justify product delays by saying that true innovation takes time and that it should be Apple’s goal to be best, not first, in its product offerings.

This raises some real questions for shareholders: Is this the type of response markets really want to hear? Has confidence in Apple waned to the point where the company will no longer be able to regain its prior position in the limelight? Just how much longer can Cook hold off on company criticisms and right the strategic direction of the world’s most valuable company?

For all these reasons, Apple’s impressive quarterly performance could not have come at a better time. On almost all counts, financial performance looks strong, and it is clear that this type of activity took broad sections of the analyst community off guard. Earnings per share at $11.62 soundly beat the consensus estimate of $10.18 per share, and revenues at $45.6 billion easily outpaced the $43.5 billion that was expected prior to the release.

An argument can be made that the early estimates were overly distressed, but to surpass these projections by such a wide margin is an undeniable positive that will carry Cook & Co. through the time they need to make good on their next product release. Since this next step could come as early as June, the upside momentum in sentiment that will be generated over the next few months suggests that the yearly lows in the stock are already behind us.

For the time being, talk that the surge in iPhone sales is temporary and unfairly skewed by Apple’s deal with China Mobile (NYSE:CHL) will fade from the headlines and give Cook the media momentum he will need to introduce Apple’s next product strategy to the broader market. So whether or not we want to try to find negatives in Apple’s quarterly performance is almost irrelevant at this stage. The main takeaway here is that the latest earnings results will give Cook the room the needs to push the strategy forward and introduce Apple’s next innovation.

From a long-term perspective, APPL is still in recovery mode and showing a cautious uptrend beginning from July 2013. The next critical area above comes in at 560, and an upside break should drive positive momentum well into next month. To the downside, psychological levels still prevail and a violation of 500 would stall the uptrend.