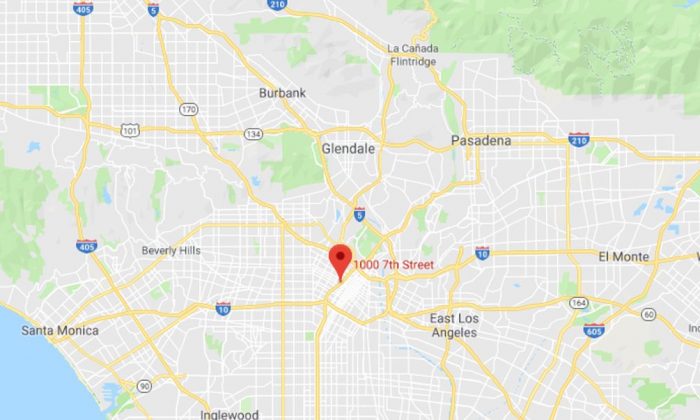 The incident was reported at around 10:30 a.m. around the 1000 block of West Seventh Street. (Google Maps)
US News

UPDATE: ABC7 reported that the drone was strapped with fireworks, and police found it on the DTLA building. However, the station did not elaborate on the incident, but it said that traffic is being redirected around 7th Street.

The Los Angeles Police Department is responding to a reported drone near downtown on July 17.

Local station KTLA reported that the bomb squad is on the scene. The drone apparently landed on the DTLA building.

The incident was reported at around 10:30 a.m. around the 1000 block of West 7th Street. The LAPD was notified about two hours later, said officials.

An LAPD bomb squad responded to downtown Los Angeles Wednesday afternoon after a drone apparently landed on a roof of a building there https://t.co/WleJUQP3L6

It’s not clear if the building was evacuated.

According to KCAL, police couldn’t confirm if the drone was carrying fireworks.