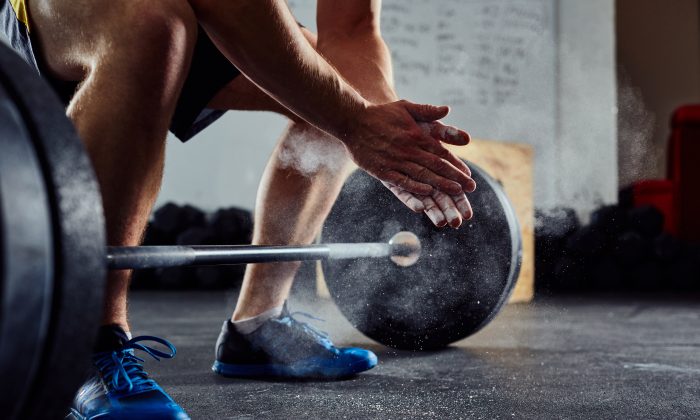 Lack of Fitness, Not Too Much Sitting, Shortens Lives

A new study suggests that it is your level of fitness, not the amount of time you spend sitting each day, that predicts your susceptibility to disease and longevity.

In this study from Norway, the authors followed 495 women and 379 men, aged 70 to 77 years. They measured sitting time with accelerometers and heart-lung fitness by peak oxygen uptake (VO2 peak). Heart-lung fitness is the ability of the heart and lungs to provide oxygenated blood to contracting muscles for prolonged periods.

Even if they sat for 12 to 13 hours and did not get the recommended amount of exercise each day, the most physically fit people were 40 percent less likely to have abnormal heart attack risk factors.

People who exercised but were not physically fit were not protected from the heart attack risk factors.

Another new study from Rotterdam, Netherlands, shows that people who exercise regularly live significantly longer and suffer fewer heart attacks than non-exercisers. For the average Rotterdam citizen, cycling provided the highest level of fitness and was associated with a man living 3.7 years longer than his non-cycling countrymen.

Sitting Will Not Harm Vigorous Exercisers

It turns out that asking people to stand at work, rather than sit, is not good advice. Standing without moving is no better than sitting and will make you too tired to exercise vigorously when you are finished working. If you are a vigorous exerciser, standing all day will slow your recovery from your exercise program.

No one has shown that standing up instead of sitting confers any special health benefits.

The highly publicized studies that showed sitting is harmful for exercisers were flawed because they failed to separate casual exercisers from vigorous exercisers. No one has shown that standing up instead of sitting confers any special health benefits, and standing without moving around can cause additional problems, such as varicose veins and swollen feet.

Contracting muscles circulate extra blood to strengthen your heart and draw sugar from the bloodstream to lower high blood sugar levels. This does not happen when you just stand in one position without moving your muscles.

Instead of pushing people toward minimal exercise during work, management should encourage people to exercise more intensely, either in properly equipped exercise facilities at the workplace or during their leisure time.

Exercise desks with treadmills or pedals should be recommended only for people who are unable to exercise properly. Moving while you are trying to concentrate on work, reading, or anything else gives you minimal muscle movement and does not make muscles stronger or increase endurance. You cannot increase your ability to take in and use oxygen unless you exercise vigorously enough to become short of breath, and this will never happen at a treadmill desk.

Sitting Is Harmful for Non-Exercisers

Problems With Studies on Sitting

Most studies that show prolonged sitting time is harmful have focused only on single indicators, such as self-reported sitting, TV viewing and screen time, or time spent traveling in a car.

A recent study corrected for this by analyzing total exercise time. Dr. Richard Pulsford of the University of Exeter in the U.K. followed 3,720 healthy men and 1,412 healthy women for 16 years and found that total time sitting time (including sitting at work, while watching TV, and during leisure time with or without TV) was not associated with increased risk of death during the study period.

The authors corrected their data for age, gender, socioeconomic status, smoking status, alcohol consumption, diet, and general health. They showed that prolonged sitting time is not damaging to health if you exercise regularly.

It’s Not All in the Genes: Clean Living Can Cut Heart Risks

The earlier report that made headlines, from the University of Toronto, reviewed 47 studies and found that sitting for more than eight hours a day was associated with increased risk of death from heart attacks, diabetes, and cancer, even if a person exercises. The authors believed that people are harmed by spending more than four to five hours a day sitting, including driving a car, using the computer, or watching TV.

One study cited in the review showed that people who sat less than eight hours a day had a 14 percent lower risk of being hospitalized. Other studies also associated prolonged time spent sitting with increased risk of weight gain, disease, and premature death. However, virtually none of the people in these studies were doing enough exercise to be at a high level of fitness, let alone to be able to compete in sports.

Other recent studies have shown that prolonged sitting is associated with increased risk of for fatty liver disease and greater risk of cancer in women but not in men. Neither of these studies separated vigorous exercisers from casual exercisers or non-exercisers.

Dr. Gabe Mirkin has been a practicing physician for over 50 years. He is board-certified in sports medicine, allergy and immunology, pediatrics, and pediatric immunology. This article was originally published on DrMirkin.com. Subscribe to his free weekly Fitness & Health newsletter.