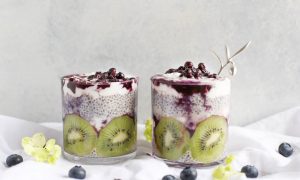 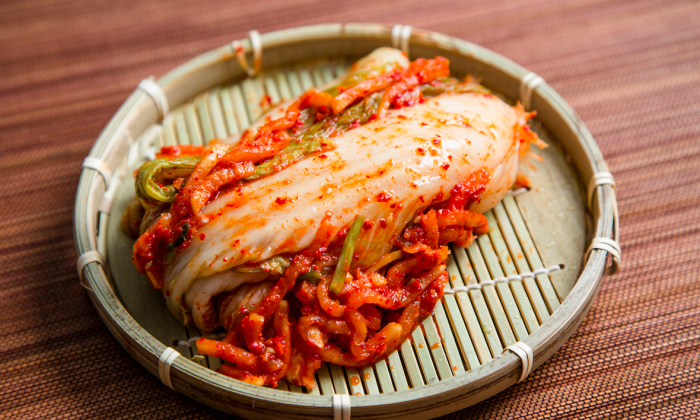 Kimchi is a popular Korean side dish eaten with many meals. It is made from fermented cabbage and spices, with many possible variations. (Samira Bouaou/The Epoch Times)
Mind & Body

Fermented foods such as kimchi may be one key to preventing obesity. A June 2020 study evaluated whether the Lactobacillus sakei bacteria derived from the Korean side dish can cause weight loss in obese individuals, with promising results.

Obesity is one of the most visible public health problems around the world today, yet it also seems to be one of the most neglected. The World Health Organization has described obesity as a global epidemic. The increased prevalence of obesity has been linked to increased death from Type 2 diabetes, high blood pressure, heart disease, and some forms of cancer.

For those who are overweight or obese, diet is always one of the best places to start. And when it comes to food, one of the best places to improve your diet is ingesting more fermented foods that contain healthy bacteria called probiotics. A 2016 clinical trial found a probiotic product with or without dietary fiber controlled body fat mass, with some bacteria strains reducing waist circumference and food intake.

Now, a June 2020 study has provided insight on how Lactobacillus sakei (L. sakei) bacteria derived from kimchi, a staple food in Korea, can aid in weight loss.

L. sakei, commonly found in meat and fish, is used to ferment meat in Western countries. A previous study showed that eating it from Korean kimchi for eight-weeks slashed body weight and fat mass in animal models with high-fat diet-induced obesity.

The new randomized, double-blind, placebo-controlled clinical trial involved 114 obese individuals, or those with a body mass index (BMI) of more than 25 kg/m2. The participants were randomly assigned to the L. sakei or placebo group for 12 weeks. The researchers then measured changes in body fat, weight, and waist circumference.

Data suggested that L. sakei might be helpful in reducing body fat mass in obese individuals without serious side effects.

While recognizing limitations in their study, including the need to probe significant body fat and weight changes beyond 12 weeks of treatment, the researchers cited evidence that food changes the human gut microbiota, the collection of microbes (mainly bacteria) that live in the human gut and provide a myriad of services, including aiding with immunity and digestions. Diet plays an important role in the gut’s bacterial environment and the progression of obesity. The gut microbiota is an extremely complex, abundant group of microbes that colonize the human body and radically influence health.

“[C]hanges in the composition of the gut microbiota may contribute to alterations in body weight and composition,” the researchers wrote.

Gut-derived short-chain fatty acids (SCFAs) have been previously found to cause weight regulation through their stimulatory impact on anorexigenic (appetite-suppressing) gut hormones and in the increase in the synthesis of the satiety hormone leptin.

Kimchi has been consumed by Koreans as a salted and fermented vegetable side dish for about 2,000 years. As a probiotic, it packs many health benefits into its tasty form. All of kimchi’s traditional ingredients are health-boosting foods in their own right: cruciferous vegetables, garlic, ginger, and red pepper, to name a few. Previous research had already begun to identify some of its health benefits.

A 2019 study published in Food Science and Biotechnology concluded that the probiotic Lactobacillus plantarum (L. plantarum) 200655 isolated from kimchi has antioxidant and immune-enhancing properties. This makes the strain ideal for older people.

In another study, exopolysaccharide obtained from L. plantarum offered protection against rotavirus-induced diarrhea and regulated inflammatory response. The probiotic strain was one among 263 strains found in 35 samples of kimchi.

In a study of 102 healthy Korean men aged 40 to 64 years, researchers associated eating up to 453 g of kimchi a day with higher HDL cholesterol and lower levels of LDL cholesterol.

In the GreenMedInfo.com database, you’ll find nearly 50 abstracts with kimchi research for a further look into this fermented food for healthy weight management and other health benefits.