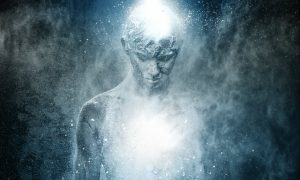 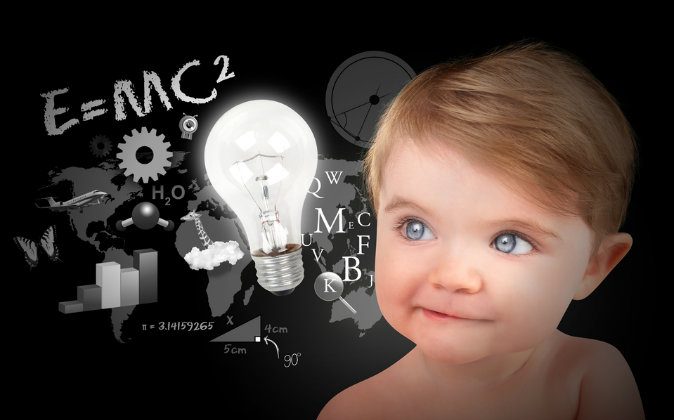 Savants just 'know' the rules of music, art, or math without ever studying them
By Michael Jawer
biggersmaller
Print

People known as “acquired savants” have spectacular abilities that emerge suddenly, usually after a brain injury. In these cases—as well as in the case of child prodigies—the individual “knows things they never learned” (the memorable phrase of savant syndrome expert Dr. Darold Treffert).

Some of these capacities are the counting and calendar curiosities we’ve come to associate with savants, such as indicating unerringly what day of the week a given date falls on or counting Pi to the 22,500th digit. In these cases, the savants know the rules of math without knowing that they know them, and without being taught. Other savants—and child prodigies, for that matter—do even more astounding things. Alonzo Clemons, with no training in art, nonetheless sculpts intricate, true-to-life figures of animals in motion with merely a glance at a (two-dimensional) image on television or in a book.

Consider the story of Jason Padgett, who, in his early 30s, was brutally attacked by muggers. They kicked him repeatedly in the head, causing a concussion and sending him to the hospital. But the next morning, after having been sent home, something very strange happened. While running the water in the bathroom, Jason noticed “lines emanating out perpendicularly from the flow… it was so beautiful that I just stood in my slippers and stared.” When he extended his hand out in front of him, it was like “watching a slow-motion film,” as if every movement was in stop-motion animation.

He soon became obsessed with every shape he saw, from rectangular windows to the curvature of a spoon. He also developed synesthesia, with numbers generating colorful shapes. Jason also began envisioning complex images which, when he drew them, were recognized as fractals—beautiful shapes in which every element is the same as the whole. Before the mugging, Jason had no interest in drawing, had no math training nor even a college degree. He was a self-described “goof.” Now he sells his drawings for top dollar and is committed to teaching others about the beauty of math.

The Strange Ways Our Brains Process Music: What Does Blue Sound Like?
Head Injury Leads to Sudden Musical Talent

Just as stunning is musical prodigy Jay, now in his teens. Treffert outlines his story:

“Jay [began] to draw little cellos on paper at age 2. Neither parent is musically inclined, and there never were any musical instruments, including a cello, in the home. At age 3, Jay asked if he could have a cello of his own. The parents took him to a music store and, to their astonishment, Jay picked up a miniature cello and began to play it! He had never seen a real cello before that day. After that experience he began to draw his miniature cellos placed on musical lines. By age 5 he had composed five symphonies. By age 15 he had written nine symphonies. His fifth symphony, which was 190 pages and 1328 bars in length, was professionally recorded by the London Symphony Orchestra for Sony records.

“How did he instinctively … ‘know’ the rules of music when he had never studied or learned them?”
— Dr. Darold Treffert

“Jay says that the music just streams into his head at lightning speed, sometimes several symphonies running simultaneously at the same time. ‘My unconscious directs my conscious mind at a mile a minute,’ he told [a reporter].

“Where does Jay’s musical genius come from? How did he know about cellos, and how to play them at age 3 when never exposed to one before? How did he instinctively … ‘know’ the rules of music when he had never studied or learned them?”

Scott Barry Kaufman, a New York University professor who studies creativity, suggests that savants and prodigies have a greatly enhanced ability to do what each of us does every single day without being aware of it—to absorb the implicit rules of different subject matter. Music, for instance, consists of highly structured sequential regularities. Kaufman believes that savants and prodigies have “an innate predisposition” to identify and internalize these redundancies.

Savants and prodigies have a greatly enhanced ability to do what each of us does every single day without being aware of it.

This makes sense from several perspectives. On the one hand, all savants and prodigies draw upon truly massive memory. Savants’ source is low-level and pre-cognitive; prodigies excel in working memory, i.e., the ability to hold multiple pieces of information in mind while completing a task. By the same token, both savants and prodigies have a surpassing attention to detail.

Arguably, savants pay attention in a less conscious way than prodigies—but if this predilection for “homing in” on information is reminiscent of autism, that’s no coincidence. About 50 percent of savants have an Autism Spectrum Disorder (ASD); in a recent study, half of the prodigies either had ASD or had a close family member who does. Where prodigies are concerned, Kaufman theorizes they’re born with a genetic disposition to embrace structure and order. Some find it in music, others in art, still others in math. Their families encourage these tendencies so nature and nurture reinforce one another, producing prodigious talent that advances itself through practice.

About 50 percent of savants have an Autism Spectrum Disorder (ASD).

Kaufman’s theory suggests (to me at least) that savants and child prodigies are in the natural order of things. Autism, extraordinary attention to detail, stupendous memory—his explanation frames these as “to be expected.” Yet I’m bothered by the frequency with which the affected individuals (or the moms who were pregnant with them) were beset by injury, accident, or trauma.

Yet I’m bothered by the frequency with which the affected individuals (or the moms who were pregnant with them) were beset by injury, accident, or trauma.

And I turn to a theme I’ve explored extensively, sensory sensitivity and literally feeling too much. I have examined in other writings the “intense world” hypothesis and various ways that hypersensitivity could be engendered in the womb. While being highly sensitive undoubtedly confers some advantages, it’s an ongoing challenge for many people, too. It can be distracting, frustrating, exhausting, overwhelming.

My sense is that extraordinary sensitivities—and uncanny abilities—often result when something goes awry with the developmental process. It’s not a bad outcome, just an unlikely one.

I want to suggest a different way of understanding how autistic traits, savant skills, and prodigious talents might appear. This is not to invalidate any of the mechanisms that have been implicated as we’ve homed in on these characteristics. But I will propose bringing something extremely fundamental into the equation—emotion.