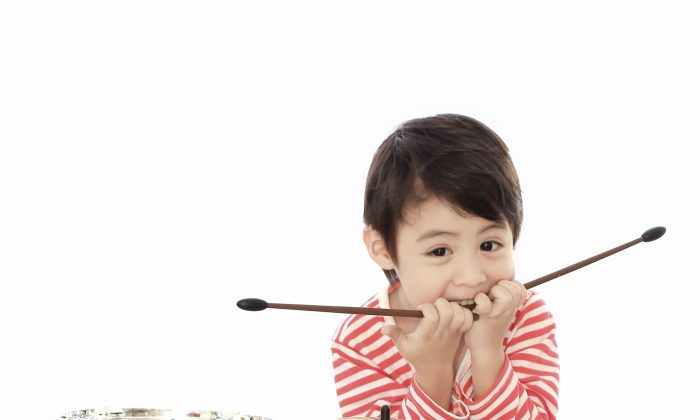 "Stuttering has primarily been interpreted as a speech motor difficulty, but this is the first study that shows it's related to a rhythm perception deficit—in other words, the ability to perceive and keep a beat," says Devin McAuley. (phaitoons/iStock)
Health News

Stuttering may be more than a speech problem. A new study finds children who stutter have trouble identifying rhythmic drumbeats.

“Stuttering has primarily been interpreted as a speech motor difficulty, but this is the first study that shows it’s related to a rhythm perception deficit—in other words, the ability to perceive and keep a beat,” said Devin McAuley, a psychology professor at Michigan State University.

“That’s important because it identifies potential interventions, which might focus on improving beat perception in children who stutter, which then might translate to improved fluency in speech,” added McAuley, who is co-author of the study published in the journal Brain and Language.

Why People Stutter and How to Treat It

About 70 percent to 80 percent of children ages 3 to 5 who stutter will eventually stop, McAuley said. Yet, despite decades of research, the underlying mechanisms behind speech disruptions in people who stutter remain unclear.

Being able to perceive and maintain a beat is believed to be critical for normal speech because it serves as a pacing signal. This is bolstered by past research showing that speech fluency improves dramatically for adults who stutter when speaking in time with a metronome.

McAuley and colleagues tested a group of children who stuttered and a group who didn’t by having them listen to and then identify rhythmic drumbeats in the context of a computer game. Even after taking into account the children’s IQs and language abilities, the study found that children who stuttered did much worse at judging whether two rhythms were the same or different.

Many past studies incorporated a motor skills element—such as having participants tap to a beat—which made it impossible to tell whether the problem was rhythm perception or a motor production deficit, McAuley said.

The research team is integrating the behavioral data with functional magnetic resonance imaging, or MRI, to identify which brain networks may be responsible for the rhythm perception deficit.

McAuley is working with Soo-Eun Chang, assistant professor of psychiatry at the University of Michigan, who is a stuttering expert and has been conducting neuroimaging studies of children who stutter. McAuley and Chang co-authored the study along with Michigan State researchers Elizabeth Wieland and Laura Dilley.

The GRAMMY Foundation; Michigan State University’s Institute for Research in Autism, Intellectual and Neurodevelopmental Disabilities, or RAIND; and the National Institutes of Health supported the study.