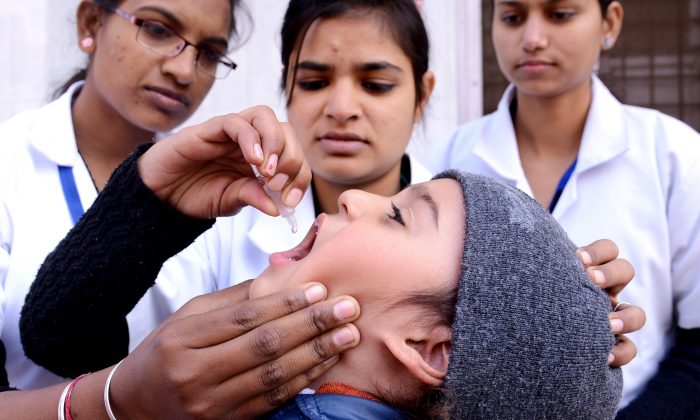 Kids in Rural India Are Getting the Wrong Medicine

Even when health care providers in rural India know the right treatment for childhood diarrhea and pneumonia, they rarely prescribe them correctly, according to a new study.

Medical practitioners typically fail to prescribe lifesaving treatments such as oral rehydration salts (ORS). Instead, they typically prescribe unnecessary antibiotics or other potentially harmful drugs, says Manoj Mohanan, a professor in Duke’s Sanford School of Public Policy, and lead author of the study in JAMA Pediatrics.

Diarrhea and pneumonia accounted for 24 percent of deaths among children 1 to 4 years old, totaling approximately 2 million deaths worldwide in 2011. Bihar, India—where the study was conducted—has an infant mortality rate of 55 per 1,000 live births, the highest in the country.

“We know from previous studies that providers in rural settings have little medical training and their knowledge of how to treat these two common and deadly ailments is low,” Mohanan says.

“Eighty percent in our study had no medical degree. But much of India’s rural population receives care from such untrained providers, and very few studies have been able to rigorously measure the gap between what providers know and what they do in practice.”

The study involved 340 health care providers. Researchers conducted “vignette” interviews with providers to assess how they would diagnose and treat a hypothetical case.

Later, standardized patients—individuals who portrayed patients presenting the same symptoms as in the interviews—made unannounced visits. This strategy enabled researchers to measure the gap between what providers know and what they actually do—the “know-do” gap.

Providers exhibited low levels of knowledge about both diarrhea and pneumonia during the interviews and performed even worse in practice.

For example, for diarrhea, 72 percent of providers reported they would prescribe oral rehydration salts—a life-saving, low-cost, and readily available intervention—but only 17 percent actually did so. Those who did prescribe ORS also added other unnecessary or harmful drugs.

“Massive over-prescription of antibiotics is a major contributor to rising antibiotic resistance worldwide,” Mohanan says. “Our ongoing studies aim to understand why providers who know they shouldn’t be prescribing antibiotics for conditions like simple diarrhea continue to do so.

“Our ongoing studies aim to understand why providers who know they shouldn’t be prescribing antibiotics for conditions like simple diarrhea continue to do so.”
— Manoj Mohanan

“It clearly is not demand from patients alone, which is a common explanation, since none of our standardized patients asked for antibiotics but almost all of them got them,” he says.

Providers with formal medical training still had large gaps between what they knew and did, but were significantly less likely to prescribe harmful medical treatments.

“Our results show that in order to reduce child mortality, we need new strategies to improve diagnosis and treatment of these key childhood illnesses,” Mohanan says.

“Our evidence on the gap between knowledge and practice suggests that training alone will be insufficient. We need to understand what incentives cause providers to diverge from proper diagnosis and treatment.”

It Takes a Village to Care for the Dying: Palliative Care Project in India Attempts just That

The Bill and Melinda Gates Foundation funded the work as part of the Bihar Evaluation of Social Franchising and Telemedicine (BEST) project.